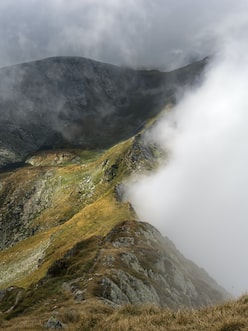 124 of 159 new cases of Covid-19 confirmed nationwide were detected in the outlying atolls between 6 p.m. Sunday and 6 p.m. Monday.

According to the latest figures released by the Health Protection Agency (HPA), a total of 3,906 samples were tested during the reporting period, 19 of which returned positive from the congested capital, the Grand Malé region. as well as 16 of the operational seaside resorts.

This is the 16th day in a row that the Maldives has reported more than 100 cases of Covid-19 daily.

The number of active coronavirus cases in the country rose to 2,201 against 2,196 the day before, with this development.

Since the discovery of the virus in the Maldives in March 2020, the number of Covid-19 cases in the country has risen to 89,999.

This means that the total number of confirmed recoveries nationwide has increased to 87,538.

Hospital admissions fell to nine with the release of a Covid-19 patient during the reporting period.

The country has been in a state of health emergency for more than a year, since March 12, 2020. It was extended for a 20th time to expire on November 30.

Since the easing of restrictive measures against Covid-19 in July for the long government vacation, after the Maldives faced a fourth wave of the more infectious coronavirus in early May, citizens, especially in the Grand Malé region, facilitated their return to life in normalcy. Although life is still far from normal, the government’s resilience to immunize the entire country has rekindled hopes of easing an additional burden, into the new normal.

The country has been free from new restrictions for nearly four months, however, authorities continue to remind the public to be vigilant as the country moves on the road to full recovery from the impacts of Covid-19. As such, HPA continues to exercise caution as the pandemic is far from under control, despite declining numbers in recent months.

The public health authority responded to an alarming increase in cases after the new year and in early May after facilities were granted for the April local elections. In the month that followed, the number of cases reached alarming levels, reaching 1,000 almost every day. With the implementation of stricter measures, cases started to decline around July.

With doubled facilities, those who completed the two doses of the Covid-19 vaccine were allowed to travel around the country without the need to quarantine, with a negative PCR test result.

The geographic advantage of being made up of a scattering of islands initially allowed the Maldives to keep an eye on the spread of the coronavirus when the first cases surfaced. Things got out of hand after community transmission was detected in the congested capital on April 15, 2020, to which authorities responded by imposing an immediate lockdown.

Months later, authorities began to ease the phased lockdown, with cases spiraling downward. Things seemed to be under control until the New Year arrived and cases started to skyrocket again. Since April 2020, authorities have repeated a cycle of curfews, closures, partial closures and other restrictive measures as part of their successful efforts to curb the spread of the virus.