75 Indian soldiers stationed in the Maldives to pilot planes 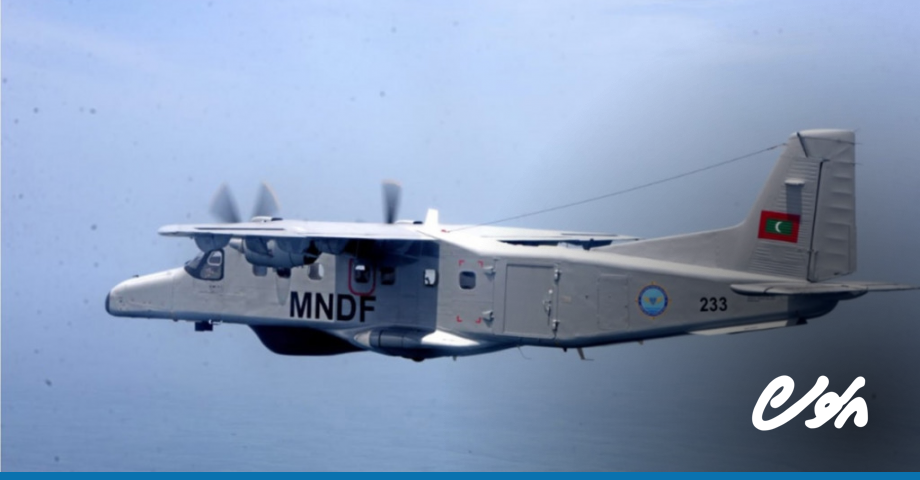 The Maldives National Defense Force (MNDF) said 75 Indian servicemen remain in the Maldives to operate the Dornier plane and two helicopters donated to the Maldives by the Indian government.

The information was disclosed by the MNDF when Defense Minister Mariya Ahmed Didi, Chief of Defense Forces, Major General Abdulla Shamal and other senior MNDF officers were summoned to appear before the parliamentary commission on military services. security to inquire about the UTF agreement between the MNDF and the Indian army to develop a shipyard and a port at Uthuru Thilafalhu last February. Political parties have expressed concern, saying the deal allows foreign military personnel to stay in the Maldives for long periods of time.

Responding to questions posed by committee members, officials revealed that 25 Indian servicemen had been tasked with piloting the Dornier plane and 25 pilots each for the two helicopters donated by India. This represents a total of 75 foreign soldiers.

Sharing a presentation on the UTF deal to the parliamentary committee, MNDF Lt. Col. Hassan Amir said the Maldives’ exclusive economic zone is vast and Maldivian waters are used for the international drug trade. The Dornier plane is therefore essential for surveying and monitoring the area, he said. The aircraft are useful for counterterrorism activities and thwart drug trafficking operations as well as to stop hackers.

In accordance with the UTF agreement, Indian military personnel in the Maldives will be granted diplomatic immunity and other leniency. Despite this, to operate the Dornier aircraft even for rescue missions, authorization from the chief of defense forces and a mission order from the coast guard command will be required, Amir said. Indian officers and the technical team are required to seek permission from the government of the Maldives in the event of a change of equipment on board the aircraft, he added.

The UTF agreement stipulates that the Dornier aircraft will be operated jointly by Indian and Maldivian officers. The Indian government will cover the cost of food and accommodation for Indian military personnel and logistics, repairs and fuel for the aircraft. The Indian High Commission in the Maldives will be responsible for Indian military personnel stationed in the Maldives.

The Maldives first requested a Dornier plane under the administration of former President Abdulla Yameen Abdul Gayoom. The then Foreign Minister, Dunya Maumoon, made the request to her Indian counterpart, Sushma Swaraj, during the 5th Maldives-India Joint Commission conference in 2015. However, discussions at the time n ‘did not include the training of Maldivian pilots. The training of local pilots was discussed and added to the agreement last year by the current administration. Three officers received training in India to fly the aircraft, two of whom received the badge. The third officer has left the service.

When MP for Maduvvary and former Defense Minister Adam Shareef asked whether Indian pilots would continue to stay in the Maldives after local pilots were trained, the defense chief did not give a clear answer. Shamaal said that while the defense force already has several technical officers, it is difficult to provide high salaries only to local pilots.

‘[The agreement] gives the Maldives National Defense Force full command and control, especially in the allocation of tasks. No operation will be carried out without a mission order from the MNDF or without the command and control of the MNDF ”, assured Shamaal.

Speaking to the committee, Defense Minister Mariya and the Chief of Defense Force said the MNDF needed its own aircraft for air operations. However, there are budget constraints to procure them, they noted.

Villimale MP and Deputy Chairman of the Maldives National Party (MNP) Ahmed Usham asked the committee why the government is hiding the UTF deal when it has no clause subjecting the deal to secrecy. In response, Mariya said the agreement contained a clause allowing for confidentiality. Usham said that while the clause specifies that information collected through operations performed using the aircraft may be withheld, that does not mean that the entire UTF agreement must be kept confidential, he said. he declares.