Bars and restaurants with breathtaking views 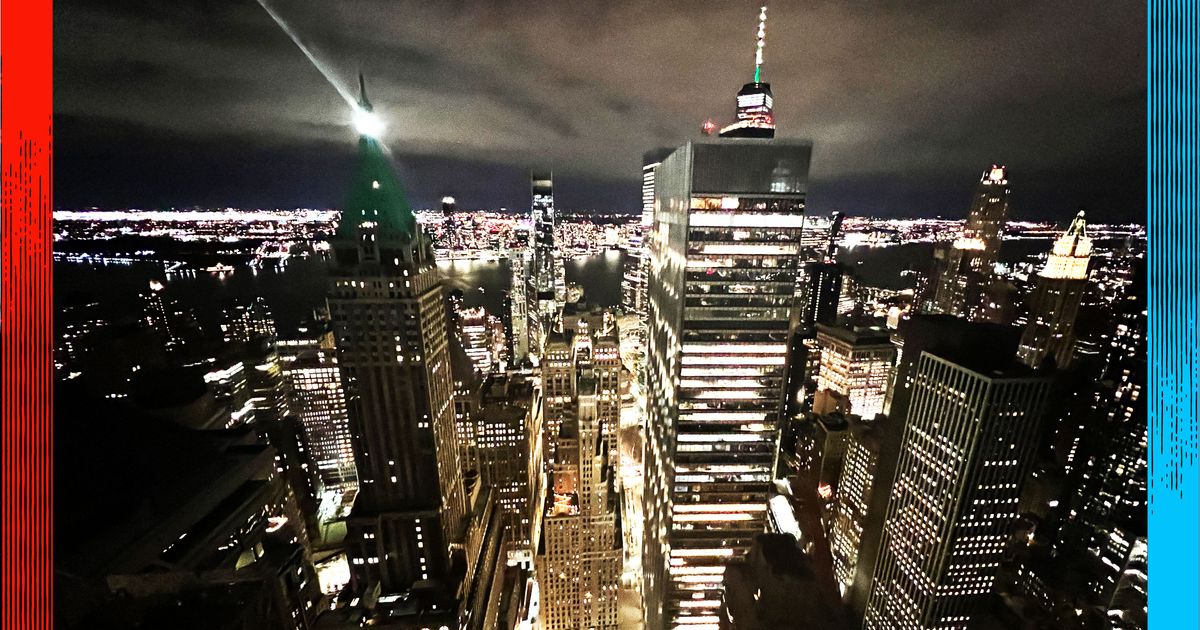 This article originally appeared in The year I ate in New York, a newsletter about eating across the city, one restaurant at a time. register here.

“Are you OK?!” bellowed the stranger knocking on the door of my bathroom stall. “Uh, yes,” I replied, rechecking the lock. Then a moment of silence before she continues: “Do you want to do a bump?”

I declined as politely as possible considering I was sitting on a toilet seat and still not sure exactly who I was talking to or who she thought I was. I guess there are restrooms around New York where this kind of exchange would be, well, I don’t mean “normal”, but at least somewhat expected. But we were in the restrooms of Porter House, a steakhouse in Columbus Circle that, as far as I can tell, caters mostly to tourists, spending account types, and affluent Upper West Side families. It’s billed as a ‘bar and grill’, and it wasn’t the first place I expected to be offered drugs at work, although to be honest I was there. went because I had spent the week getting high.

Sometimes when looking for an escape, elevation is the answer. It’s easy to dismiss bars and restaurants with stunning views as tourist spots and special occasions, but there’s a whole ecosystem of New Yorkers who take high-speed elevators to rooms where they can dance. , drink or eat for no other reason than, say , it’s a Tuesday. I wanted to know who these people are and get an idea of ​​what it’s like at the top.

I was inspired to explore such heights by a trip to Manhatta, the 60th-floor Danny Meyer restaurant in Fidi that recently reopened after its pandemic hiatus. I went there to celebrate the birthday of a food writer friend and because the restaurant’s PR team had organized things for her, we were seated at a corner table with an amazing view of the sunset over lower Manhattan, the East River and beyond. It was like looking at New York from an airplane, with better focus. It helped that the drinks – a strawberry negroni and a carbonated Cosmo among them – were pretty good, so we lingered a bit.

Shortly after this trip, I asked a friend to meet me at the K-town Gaonnuri restaurant, which occupies the 39th floor of an office building in Herald Square. I was circling the outside of the building looking for something resembling a hall when I ran into my friend outside, also looking for the entrance. We turned back to Broadway and finally noticed the door leading to the restaurant’s private entrance, a brightly lit white hallway heavily obscured by the Tiger Sugar boba shop next door.

After checking in with a waitress downstairs, we walked up the elevator and were asked to wait for our table in the lounge, where the view consisted mostly of the tops of the surrounding buildings, mostly offices, and a bit of the night sky. It was like the view you could get from the cheapest condo in a high rise building. There wasn’t much to see inside the dining room either, unless you were at one of the few tables right by a window. We were surrounded by wealthy families and overdressed people on dates, and if not for the skyline, we could have eaten Korean BBQ in Las Vegas, or maybe Houston.

Next stop was Porter House, which is lower from a vertical perspective but still has a view of Columbus Circle, provided you call ahead, as I did, and request a seat near the window, then that you choose the right seat. “Which side of the table should I choose?” I asked the hostess as I was seated. “Well,” she replied, “Columbus Circle is this way, and the other side is a construction site.” I snacked on raisin and nut bread and noticed the Trump Hotel sign across the street.

I still don’t know who offered me cocaine in the bathroom: a round table next to me consisted of two little girls and three adults, as well as many shopping bags, while a tall group in the middle of the room seemed to include several generations of the same family, who were celebrating… something. At the table behind me were two groups of older people on a double date, each of the women wearing a different but equally elaborate black beret. At another table, a set of twin toddlers surrounded by a few adults were coloring with crayons.

The space that impressed me the most during my visit to the treetops of New York was Overstory, a cocktail bar on the 64th floor that serves as something of a companion to the Saga restaurant. Part of the appeal of any of these places is the uphill, when you leave the ground and your real-world troubles below. The folks at Overstory seem to understand this, because to get to the bar you enter an office block on Pine Street and follow the arrows to check in at the Saga counter, where there is a small waiting room. When you are asked to board, the hostess guides you to an elevator, which will eventually spit you out in front of another hostess booth, where someone will guide you past the Saga dining room and through two left turns before entering reach a staircase, which you so go up to get inside Overstory. No one enters by mistake.

Whether you can actually enjoy this view once you get up there largely depends on the weather, as you really can’t see much from inside, which is adorned with large burgundy curtains to match the cabins. stuffed animal and a disco ball. To get the full Overstory experience, you need to walk outside.

Personally, I was hoping to catch the sunset from one of the heated balcony seats, but I could only rock an 8:15 seat. I always considered myself lucky that my booking was right after a rainstorm and not during it; the sky had cleared up by the time I got out, although it was still windy. “We recommend that all glassware stay here,” I overheard a bartender say to a customer who asked if it was okay for him to take his drinks outside. If the man heard the request, he certainly ignored it; he and his date took their cocktails out the balcony door, and no one stopped them.

“So you’re really just here all alone?” asked a man sitting to my right who had just complained to his date about the $10,000 cost of a first-class ticket to the Maldives. “Do you have the juice or what, because my boy said this place was exclusive.”

After a few $24 cocktails and a few more trips around the balcony, I decided it was time to head back down to sea level, where I grabbed a seat at the Crown Shy bar – which is kind of like the version on the ground level of Overstory, since it is run by the same people. As I sat down, I counted no less than four espresso martinis on the bar. Here on the street it was louder and more talkative than upstairs, which was fine with me. The elevation was lower, but now, with no windows to distract me, I could turn my attention entirely to food.

The year I ate in New York

By submitting your email, you agree to our Terms of Use and Privacy Notice and consent to receive email correspondence from us.