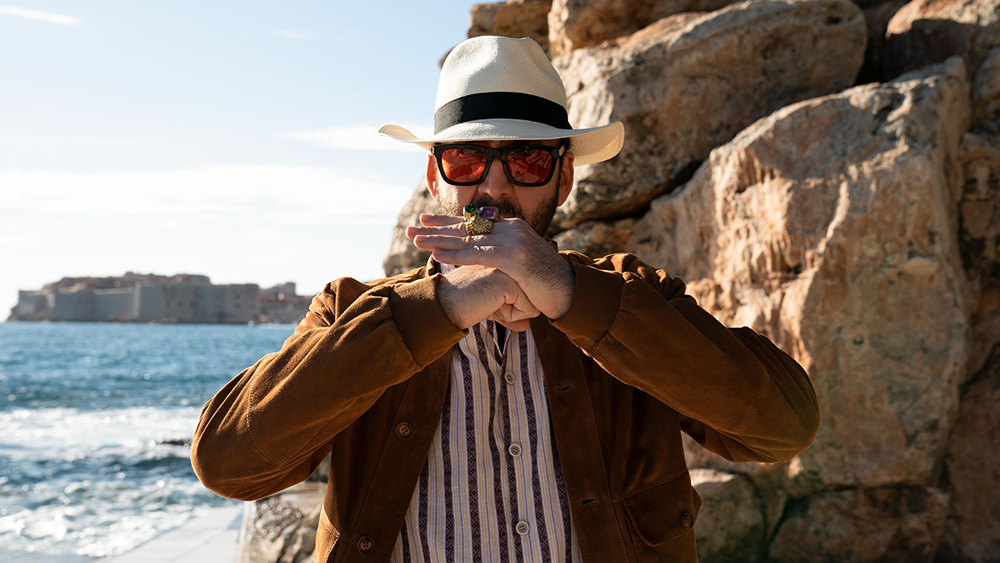 The actor’s latest film ‘The Unbearable Weight of Massive Talent’, a meta-comedy in which he plays a fictionalized version of himself, is one of many films hitting theaters nationwide this weekend. end. It will rival director Robert Eggers’ Viking epic “The Northman” and Universal and DreamWorks’ animated family flick “The Bad Guys,” as well as last weekend’s champion “Fantastic Beasts: Secrets of Dumbledore”.

Unless ticket sales slump in week two, “Dumbledore’s Secrets,” the third chapter in the “Harry Potter” spin-off series, is expected to retain the domestic box office crown. Following its $43 million debut, the Warner Bros. is looking to add another $15-20 million in its second weekend of release. However, Paramount’s kid-friendly sequel “Sonic the Hedgehog 2” might sneak in for the top spot. The film, which debuted earlier in April and has since grossed $126 million in North America, also aims to attract teenage ticket sales.

“The Bad Guys,” a heist comedy for toddlers, is expected to get the best start among newcomers. According to early tracking, the film is expected to gross between $15 million and $20 million in 4,000 North American theaters. “The Bad Guys” has already opened at the international box office, where it has grossed $52 million in 49 territories to date.

Sam Rockwell, Marc Maron, Anthony Ramos, Craig Robinson and Awkwafina lead the cast of ‘The Bad Guys,’ which follows a crackerjack team of outlaw animals as they attempt their toughest scam yet. – become model citizens. In Variety critic, film critic Guy Lodge had some positive things to say, writing, “[director Pierre] Perifel’s light-hearted getaway is still the coolest new offering in quite some time from the DreamWorks Animation stable, sure to strike gold with families who’ve exhausted “Sing 2” repeat viewing options. .

“The Bad Guys” cost $70 million, a standard price for animated films. Less frequent? An arthouse drama that costs almost as much as a comic book movie. And yet, Focus Features shelled out a pretty penny to produce “The Northman,” a bloody tale about a warrior on a quest to avenge his father’s death. During his press tour for the film, Eggers, who previously directed “The Witch” and “The Lighthouse,” upped his whopping $90 million budget. However, sources close to the production say the final figure was closer to $70 million after accounting for tax incentives.

“The Northman” is expected to earn between $10 million and $15 million in its first three days of release. Alexander Skarsgård, Nicole Kidman, Anya Taylor-Joy, Ethan Hawke, Björk and Willem Dafoe star in the film, which was highly praised. For AV Club, reviewer Tomris Laffly wrote, “Eggers’ immersive approach and stylistic flair creates one savage, applause-worthy fight scene after another, reminding viewers why he is one of the artists most unique visuals working today.

“The Unbearable Weight of Massive Talent” is set to debut between $8-10 million. Directed by Tom Gormican, the wacky buddy comedy of sorts follows Cage, whose fading star as a billionaire superfan (played by Pedro Pascal) offers him $1 million to attend a birthday party in the Maldives. When events take a turn, Cage teams up with the CIA and channels his most beloved movie characters to save his family from his biggest fan, who may be a drug kingpin.

Variety Chief film critic Owen Gleiberman praised “The Unbearable Weight of Massive Talent”, calling it “a raving good time poking fun at Nicolas Cage, celebrating everything that makes him Nicolas Cage – and, in the end, effectively becoming a Nicolas Cage movie, which turns out to be both a cheesy thing and a special thing.