Brighter prospects for airlines in 2022? 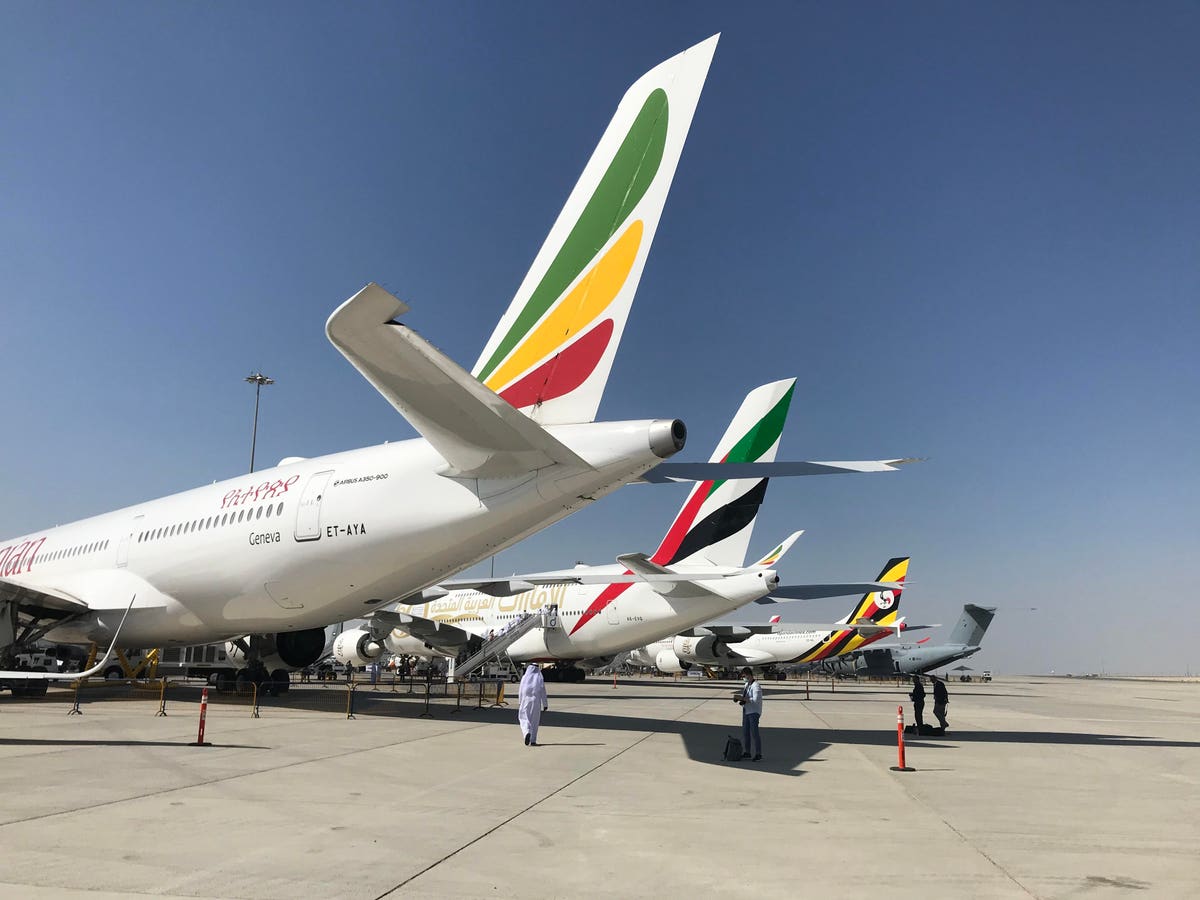 Airlines are about to face their third year in the face of the coronavirus pandemic. The challenges have continued unabated, ranging from new variants of the virus to changing government policies on travel restrictions and testing. The impact on customer confidence and the ability of airlines to plan and operate predictable schedules has severely affected revenues and finances.

However, compared to the outlook when I reviewed the landscape 12 months ago, there are reasons to be optimistic for 2022. That’s not to say it will be anything like a normal year, but we we are in a different situation.

There have been huge strides in many parts of the world to achieve high levels of immunization, although there are significant gaps. Likewise, there are countries where minimal progress has been made, so the maxim “no one is safe until we are all safe” still applies.

We have also seen that vaccines cannot provide a 100% solution to “breakthrough” infections that occur in fully vaccinated people. Then there is the ability of the virus to mutate as we saw with the highly infectious Omicron variant. The good news is that typical infections appear to be much milder with significantly reduced hospitalizations and fatalities. It gives more hope that the airline industry can start to get back on its feet and hope for a better summer, but the reality is that we simply cannot be complacent. There will be other variants and we have no idea what their characteristics and impacts will be.

Just before Omicron reared its ugly head, the industry was on a bit of a rally at the end of 2021. Late summer saw positive performance in European short-haul leisure markets, benefiting LCC (Low Cost Carriers) in particular and, in the fall, the opening in two stages of the important North Atlantic market, first to American citizens vaccinated in September, then to the same Europeans vaccinated in November , ended the pent-up demand for “across the pond” trips.

Government quarantine restrictions and testing requirements began to ease and everyone breathed a sigh of relief until Omicron struck. Things started to turn around, quarantines and extra testing were back on and all bets were off for the Christmas travel rush and the start of the big booking period for summer 2022.

As I write and Omicron seems to be receding, it is evident that much of the peak in Christmas travel has taken place and while the rest of the northern hemisphere winter looks gloomy (as it would normally do) and that some airlines have canceled swathes of flights, there is proof that people are still eager to book for the coming months. With the caveat that there is no virulent vaccine escaping the tracking variant, the intra-European and North Atlantic markets are expected to perform significantly better in 2022 than last year. Certainly, IATA sees them as the top two global regions for a strong recovery in the coming months.

For airlines operating in other global markets, the picture is mixed. Australia, a very important market for leisure and VFR traffic (visiting friends and relations) to the UK and Europe, was closed since the start of the pandemic and is now opening. The same goes for markets like Dubai, which has made a virtue of its good management of Covid and has been able to benefit from strong tourist flows supported by its Expo 2020 event, which is currently running 12 months later than expected. Emirates, which was already using the bulk of its Boeing 777-300 ER fleet due to their cargo efficiency, has now reactivated nearly half of its 100 plus Airbus A380s.

Asia remains the most shocking area of ​​weakness, with carriers in the region reporting international passenger traffic at just over 5% of pre-Covid levels. Local Asian carriers are battered, notably Cathay Pacific, which has suffered from local political criticism as well as an exodus of pilots, tired of the long quarantines to which they are exposed. China remains staunchly closed with no signs of changing any time soon. Even its domestic market is under pressure, impacted by localized confinements.

The exposure of European carriers to these markets varies, with British Airways for example, which previously only had low single-digit capacity exposure. The exception is Finnair which has built its strategy around the development of a Europe-Asia hub, exploiting the Helsinki geography and has invested in a large fleet of Airbus A350s for this purpose. Significant adaptation is needed to stem losses and it has already directed some aircraft west, adding capacity in the North Atlantic and seeking opportunities outside Finland by establishing a base with three A350s in Stockholm.

Adaptation is the name of the game

Although the outlook/prognosis for 2022 is far from certain, I am encouraged by a number of positive developments that we have seen taking hold recently. LCCs continued to exploit the crisis to good effect by jumping into gaps left by other retreating carriers or exploiting new opportunities, demonstrating true agility, moving aircraft widely. In the case of Wizzair and Ryanair, this is supported by massive fleet expansion and new orders. easyJet, having in effect reduced its fleet, nevertheless undertook a substantial capital raise at the end of 2021 to provide firepower to seize opportunities and has already redeployed aircraft and reclaimed valuable additional slots at airports such as London Gatwick and Milan Malpensa.

In long-haul, we’ve seen airlines use the excellent cargo capacity of next-generation aircraft like the Airbus A350 and Boeing 787 to provide lucrative capacity in the face of bottlenecks of the supply chain for road and ocean freight and support the growth of e-commerce. This is expected to remain a valuable source of revenue well into 2022 and many airlines have adapted effectively to exploit it.

Where markets such as the North Atlantic have been banned for most passenger traffic, some airlines have shifted planes to other geographies and opportunities, to utilize otherwise redundant capacity. Examples include British Airways and Virgin Atlantic returning to long-neglected markets like the UK-Pakistan, a massive VFR market, or long-haul leisure destinations like the Maldives which have seen volume growth.

With order cancellations, postponements and lease returns, a plethora of cheap planes have hit the market and a growing number of start-ups have sought to take advantage of them. Like I have previously written, low-cost aircraft alone are not a guarantee of success, a solid business case is also necessary. Some start-ups have already had to adapt, others have been slow to get off the ground while others have had to seek more funding. It will be a volatile landscape of comings and goings for many of these new businesses in 2022.

We also see the early influence of new-generation narrow-body long-haul aircraft, in particular the Airbus A321LR. These smaller capacity aircraft, with significantly lower costs, allow airlines to operate services with much reduced risk. New transatlantic services using this type have been launched by Aer Lingus, jetBlue and SAS. The importance of this development has been underscored by two recent major orders for the type from Air France KLM and Qantas.

Taking advantage of range capability in the smaller jumbo jet segment, Qantas will use the Boeing 787 Dreamliner to take its second step into the ultra-long flight market by launching a Perth-Rome non-stop service in June this year. This represents a return to Italy, a market not served by Qantas for 18 years and which previously could not be operated non-stop. It is an interesting example of innovation, combining aeronautical technology, enabling ultra-long-haul operation, while exploiting a massive VFR segment and the likelihood of capturing some of the high-end leisure demand. We may see emulation elsewhere if it proves successful, although I think ultra-long-haul will still remain somewhat of a niche.

The best airlines have learned the lesson of the need for agility and agility. Although it was born out of necessity over the past year, in my view it will be part of the new normal as we move through and beyond the immediacy of this pandemic. We are already seeing increased use of digital technology and AI to enable not only the speed but also the accuracy of more frequent changes to aircraft schedules and deployment.

New variants or not, there are still a lot of problems to solve. Consistency in government policies on travel restrictions remains elusive across the world and the industry will need to continue its efforts to drive improvement.

There is the contentious issue of slots at congested airports and whether airlines should be forced to use them in the face of falling demand, potentially carrying out environmentally unfriendly ‘ghost flights’, or to hand them over to new entrant airlines. This is by no means a simple subject, there are pros and cons to both sides of the argument.

Then, as airlines have raised cash or been bailed out by governments, the specter of many people mounting debt in the years to come and the ability to sustain it becomes an increasingly pressing issue.

In summary, as global economic activity increases but supply chain challenges remain, fuel prices have reached their highest levels in about four years and further inflationary pressures are emerging.

Hopefully it will be a year of improvement and airlines can build on their learnings and innovations over the last twelve months, but it will nonetheless be a year to test the mettle of management in the face of a multitude of challenges.