Bus service to Male every 15 minutes 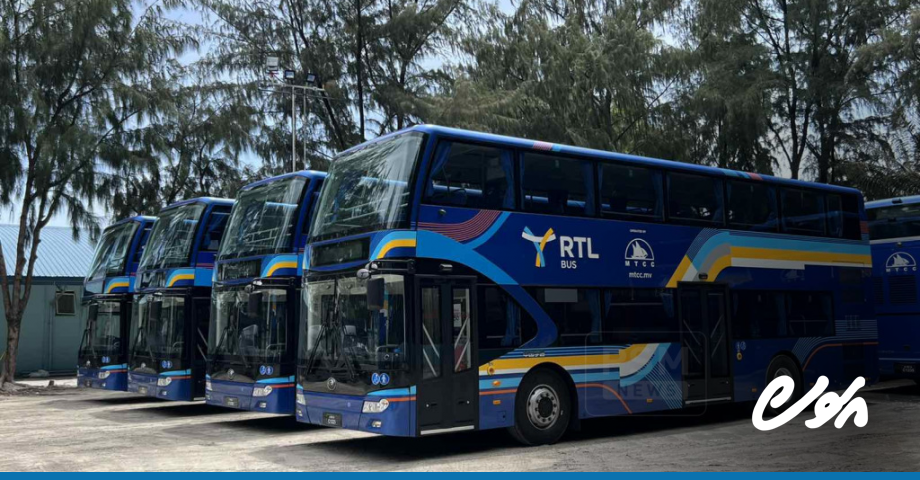 MTCC’s bus services have been expanded, with 15 new buses brought to the Maldives, added to its fleet last May. The buses were officially put into service on Wednesday evening.

With the new buses, the number of buses used in the Greater Male region has increased to 46. These include 23 double-decker buses, city buses and coaches.

The new bus services were officially launched by President Ibrahim Mohamed Solih at a ceremony held on Wednesday evening.

Speaking at a ceremony held at Hulhumale Phase II, MTCC Managing Director Adam Azim said the new buses would improve the quality of bus services in the Greater Male region and the atolls in the next days.

Some of the new buses will be sent to Laamu Atoll and Fuvahmulah town next month. Azim said that once the buses are in service at these locations, positive changes will be seen in the services provided. He also said minibus services would be introduced in Male city next month and arrangements would be facilitated to pay for public transport using cash cards and mobile phones before the end of the year.

With the addition of new buses, the MTCC has added new bus routes in the Male region. While six routes were operated so far, two additional routes have now been added. With the launch of the new bus service, direct services have now been introduced from Hulhumale Phase II to three destinations. These are Velana International Airport, Male Carnival District and Westpark Bus Stop. With these changes, buses will run every 10 to 15 minutes on all routes, the MTCC said.