Caught COVID-19 abroad? Good luck, you might be stuck – TechCrunch 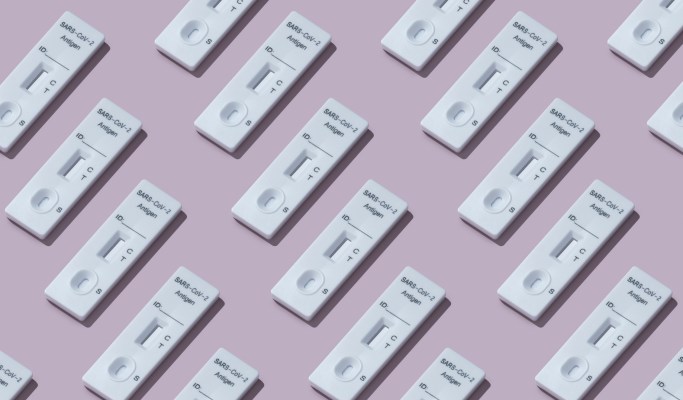 The idea of ​​being stranded on a Caribbean island may not seem like the worst thing in the world after two years of a global pandemic, but from experience, it’s not as fun as it sounds.

I caught COVID-19 while on vacation abroad. Somehow my partner didn’t. But for us to return to the United States, we both had to provide negative tests, as required by the federal rules on international arrivals, or we wouldn’t even be allowed to board the return flight. What followed was a logistical mess that left us largely unaided and at the mercy of our own decision-making, and a good reminder that we’re still a long way from what the new normal is supposed to be.

Over the past year, we have been encouraged to go about our business as the world begins to recover from the worst pandemic in a century. Governments around the world have dropped their mask mandates, reopened their borders and relaxed international entry rules. Many countries, including the UK and Canada, have lifted their COVID-19 testing requirements to encourage travel by vaccinated visitors.

But the United States remains an exception, with no public plan to change its testing requirements in the near future. Since the Omicron wave began in December, federal rules have required all travelers, including Americans, to obtain a negative COVID-19 test or proof of recovery document no more than one day before boarding a international flight to the United States.

And so we went on vacation. We are vaccinated, boosted and have still taken all the precautions to ensure our safety and that of others. We tested negative before the flight using the free home tests sent out by the US government and wore masks on the plane – the majority of the flight did not. When we arrived at our destination in the Caribbean, the government had no entry requirements and we crossed the border within minutes and began our vacation.

I tested positive a few days later using another home COVID-19 test we had brought in our luggage. Although my symptoms were mild, the stress was not. We were stuck here until we both tested negative – at least five days in isolation according to local government advice – which was longer than expected. Flights had to change, our accommodations had to be extended, and it was already getting expensive.

Our first thought was how to get our two cats home, who were blissfully unaware that over a thousand miles away their humans were suddenly trapped on vacation. Our second thought was how to get home safely. With no clear directions, we called the US Consulate and asked what we should do next, but were told to call the local government instead, who said we would have to self-isolate for five days. and hope we test negative in time for our flights home. Fantastic.

My next call was to my US health insurance provider to ask what to do if my symptoms get worse or my partner gets sick. Since I was overseas, they recommended I use a telehealth service they partner with. I downloaded the app they recommended, but the doctor who signed in refused to talk to me because I was out of state where he was licensed to practice.

We chose to go out and hope we will both test negative as soon as possible so we can catch flights home. This meant that housing became the next big hurdle.

We were staying at an Airbnb, but the guidance on what happens when you contract COVID-19 during your stay is vague and unclear. There are horror stories of Airbnb guests who found themselves in similar circumstances. A couple staying at an Airbnb in Buenos Aires tried to extend their stay after one of them caught coronavirus, but they said Airbnb blocked their account – and their host’s account – leaving them stranded without accommodation.

Not wanting to be flagged by an algorithm and find us stranded as well, my editor contacted Airbnb through press channels and asked if Airbnb could put me in touch with customer support to understand what the process was for extending our stay. We didn’t hear back, which suggests either Airbnb was unwilling to help, or it doesn’t have a consistent policy on what happens if someone falls ill while abroad. . Instead, we’ve been left at the mercy of people who are reasonable and don’t kick us out on the spot.

After the five days of isolation, we both tested negative at a local testing site and rushed to reschedule our flights back to the US the next day before the test results expired.

My partner and I were lucky, but we came prepared. If you are traveling overseas, you should bring enough home COVID-19 kits to perform periodic testing while you are traveling. It would have been much worse if we had found out on the last day that we had to scramble to extend our trip by at least another week. We also had travel insurance which specifically included COVID-19 coverage in case we got sick and stranded while we were away. This could help us recoup the costs of extending our trip down the line. But you should always be prepared to do a lot of the legwork and pay out of pocket to extend your stay and rebook your flights, because a lot of the responsibility and decision-making will be on you, even if you’re sick. As to how she didn’t get sick, we kept the windows open at all times and were lucky enough to have an outside balcony where we spent most of our time. And inside the room, we both wore KN-95 masks – even at night when we slept – and cleaned regularly.

We are not the only ones who have effectively been trapped abroad, unable to return home due to the pandemic. A couple stuck in the Maldives at the start of the pandemic on what became their “eternal honeymoon”, but soon found themselves at the center of a logistical nightmare of trying to get home. A similar story with a British woman who was forced to stay in the remote island nation of Tonga due to travel restrictions.

The difference here is that we are two years away, most restrictions are lifted, but COVID-19 remains a real and constant risk and yet the logistical difficulties remain the same.