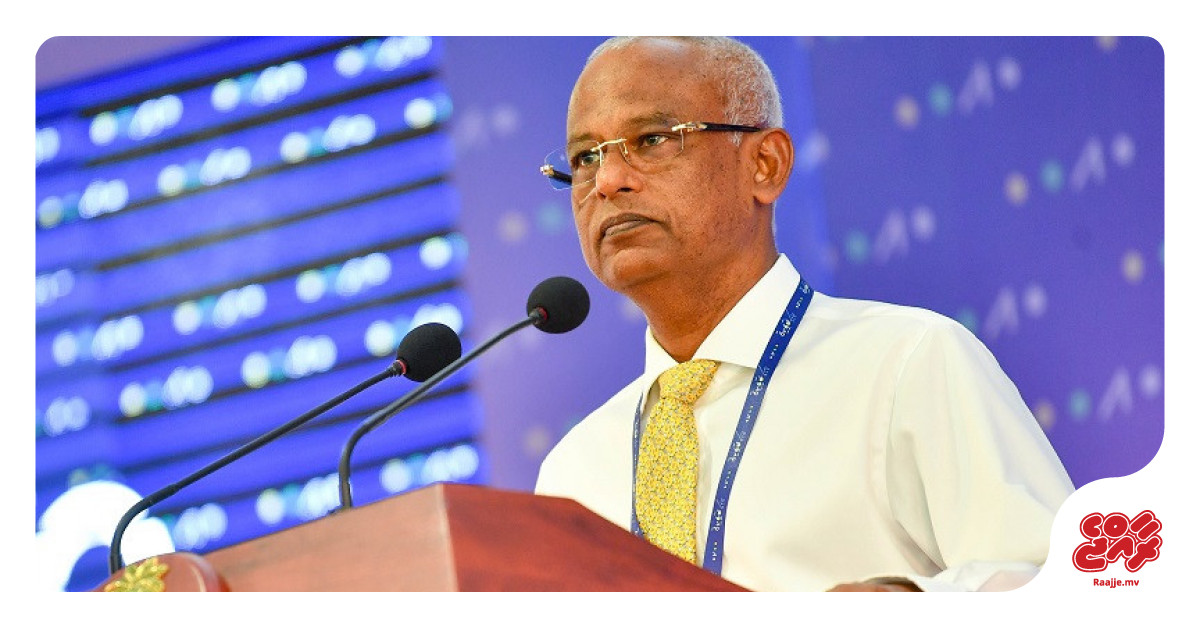 President Ibrahim Mohamed Solih pledged on Sunday to increase the budgetary allocation to the Women’s Development Committee (WDC) and provide additional support to stimulate a greater role of WDC in the development of society.

The President made the statement during his address at the final session of the “Viavathi Raajje” conference.

President Solih acknowledged the challenges facing the WDCs, including financial restrictions, and reiterated the importance of empowering them to lead community development efforts. He announced consultations with his cabinet and other stakeholders to review the budget allocated to the committees.

In his closing remarks, President Solih also highlighted the topics discussed during the conference.

As such, the President encouraged council members to follow the guidelines of the Ministry of National Planning, Housing and Infrastructure in formulating land use plans. He noted the administration’s intention to facilitate and speed up the approval of plans, which he said would pave the way for the facilitation of development projects.

Furthermore, the President urged local councils to support the Drug Crime Ad Hoc Task Force and the Maldives Police Service and highlighted the role that local councils could play in crime prevention. .

The two-day conference featured four sessions with presentations and discussions on various topics, including fiscal and legal autonomy; formulate land use plans; the role of WDCs; crime prevention; social well-being; and climate resilience being the main topics of discussion.