Cuba among the best snorkeling destinations in the world 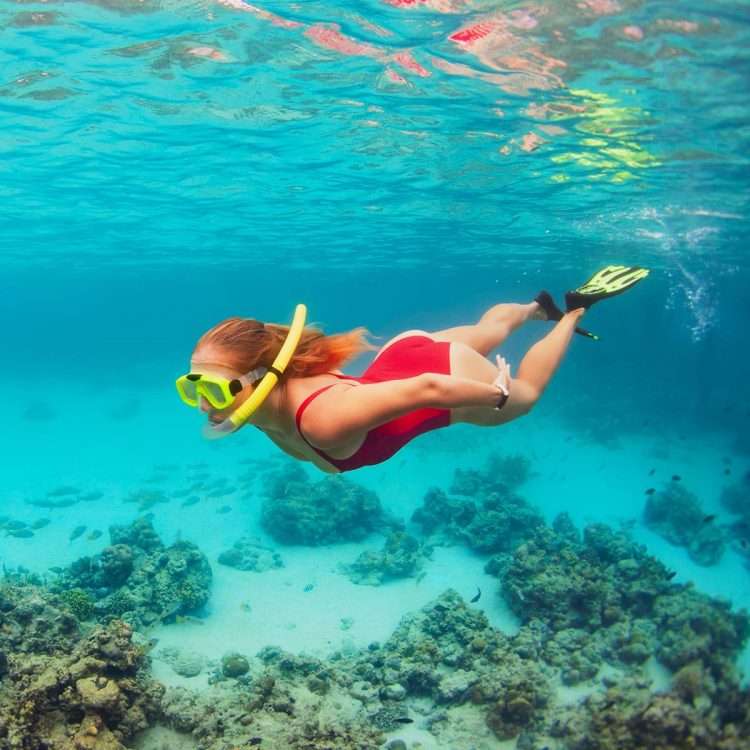 The Bounce platform, specializing in tourism, has selected Cuba as the third best destination in the world to practice snorkeling, a type of dive which allows recreational exploration just below the surface of the ocean.

A study shared on his site and reproduced by several media analyze which oceans and seas are the best for fans of this sport, depending on factors such as coral reef areas, fish species and available tours of this modality, according to the Prensa Latina (PL) news agency.

As a result of the survey, Cuba obtained a score of 7.14 points out of 10 and ranked in third place shared with the United States, and only behind Australia and the Maldives, the dispatch adds.

Bounce platform pricing #Cuba as the 3rd best #dive destination in the world, when they analyzed the seas based on coral reefs, fish species and available snorkeling excursions. https://t.co/vjjzGrAmED

The Caribbean island has gained this approval thanks to the fact that it has an area of ​​coral reefs of 3,020 square kilometers, about 1,103 species of fish, of which 44 are in danger of extinction.

In addition, it has 46 snorkeling excursions in the different points authorized for diving along its coasts, an overall plastic waste emission of 0% and the sea temperature is rather constant, between 27.5 and 30.53 degrees Celsius, noted PL.

Among the sites that stand out for this practice are the Maria la Gorda beach, at the western end of the island, the Bay of Pigs south of Matanzas, the coast of Jibacoaone hour from Havana, and the seas of the keys to the north of the central-eastern region.

Meanwhile, the Maldives ranked second, home to almost 3.14% of the world’s total coral reefs, although the site highlighted the low sea temperature which requires neoprene gear and wetsuits. to dive there.

Nature, including its marine ecosystem, ranks among the most outstanding attractions that Cuba offers to tourists who visit it, especially for a segment that prefers experiences of this type, and which could contribute to the The intentions of the Cuban government to receive more than 2.5 million travelers this year.

The so-called smoke-free industry is one of the island’s big bets in the face of the deep crisis it is going through, aggravated by the impact of the pandemic, the United States embargo on the island, and the internal inefficiencies and difficulties.

According to official figures, tourism represents the second sector with the highest contribution to the gross domestic product (GDP) of the country, and is also the second source of foreign exchange earnings in terms of the volume it brings in.