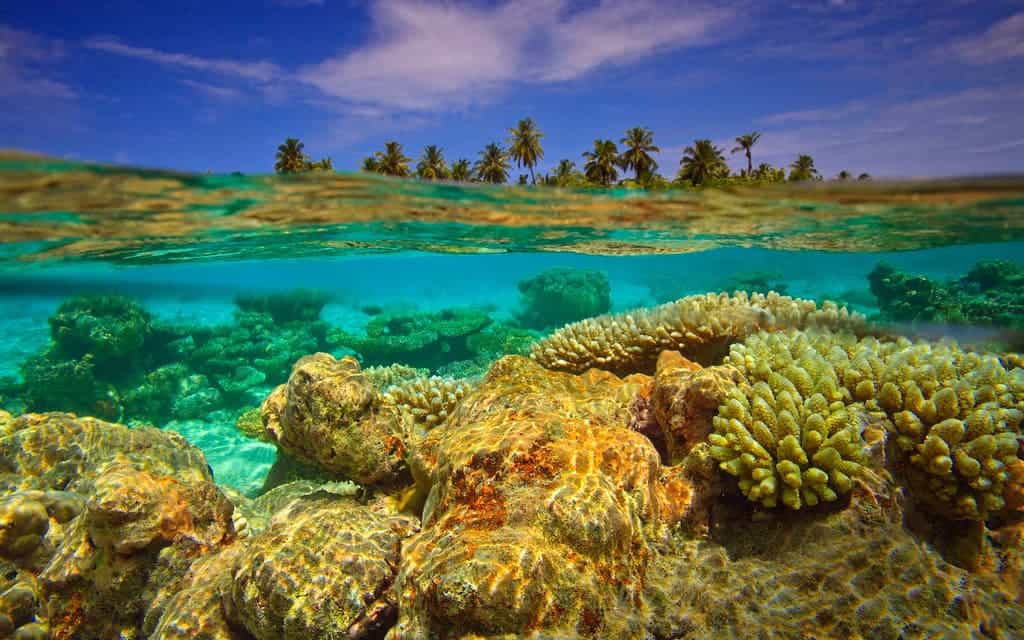 Spinner dolphins (Stenella longirostris) are famous for their playful nature, high intelligence and spectacular acrobatics in marinas. But, according to new research, they can also boast of having very special droppings.

The study reports that dolphins provide the endangered coral reefs of the Maldives and the Chagos Archipelago with much-needed help: by defecating in shallow lagoons during their daily journey, dolphins inject nitrogen, an essential nutrient, into the region. This, in turn, helps improve the productivity and resilience of reefs, helping them cope with the increasingly unwelcoming conditions of warming global oceans.

Overall, animals play “an important role” in supporting the vulnerable ecosystems of this region.

A dolphin’s garbage can…

“Coral reefs face profound threats around the world, including climate change and biodiversity loss, but this research has identified a clear ally for them: spinner dolphins,” says lead author and researcher sailor at ZSL Institute of Zoology, Dr. Tom B Letessier. .

“Simply by going to the toilet in the shallow lagoons of the atoll, these dolphins provide vital nutrients to the corals – which makes the strongest case for dolphin protection to save these reefs.”

Spinner dolphins are about 2 meters (6.5 feet) long, with a thin snout. They are dark gray with white bellies and live in warm ocean waters around the world: near Thailand, along the Pacific coast of Central America, and around the Hawaiian Islands.

The species is not listed as endangered on the IUCN Red List, but it faces pressures from marine debris – including entanglement in fishing nets – from ships through nuisance noise or direct impacts, and habitat degradation caused by human activity.

For the study, the team used a combination of visual observations of dolphin activity with underwater recordings. These data come, in part, from amateur whale watchers. In total, the team estimates that a population of around 105 dolphins resides in this area.

The team reports that dolphins enter the atoll lagoons formed inside the region’s ring-shaped coral reefs in the morning. Here they spend about half the day resting, before coming out in the afternoon to hunt in the depths of the ocean at night.

They estimate that dolphins excrete about 288 kg of nitrogen into the lagoons each year, providing a constant supply of an essential nutrient to the ecosystem. The increased productivity that this nitrogen makes possible gives the corals that make up the reef much better access to nutrients, allowing them to grow faster and increase their resistance to external pressures.

“It’s exciting to have discovered a likely important mechanism by which dolphin behavior could maintain the health of surrounding reefs,” says Dr Letessier. “This study is just the first piece of a larger puzzle that we will explore further as part of our new regional cetacean science project.”

Coral reefs are essential marine ecosystems. They nurture and support an incredible amount of life and directly support the livelihoods of 6 million people around the world. They also form a physical barrier against storms, protecting the shoreline from erosion, while providing important economic resources in the form of jobs and tourist destinations for local communities.

This is especially true in the Maldives, where locals rely heavily on coral reefs to survive. The current climate crisis and the risk it poses to corals by causing massive episodes of bleaching make them particularly vulnerable. The results show how the daily life of dolphins can, however, give hope to these reefs and the communities that depend on them.

The article “Residence of spinner dolphins in tropical atoll lagoons: diurnal presence, seasonal variability and implications for nutrient dynamics” was published in the zoology journal.