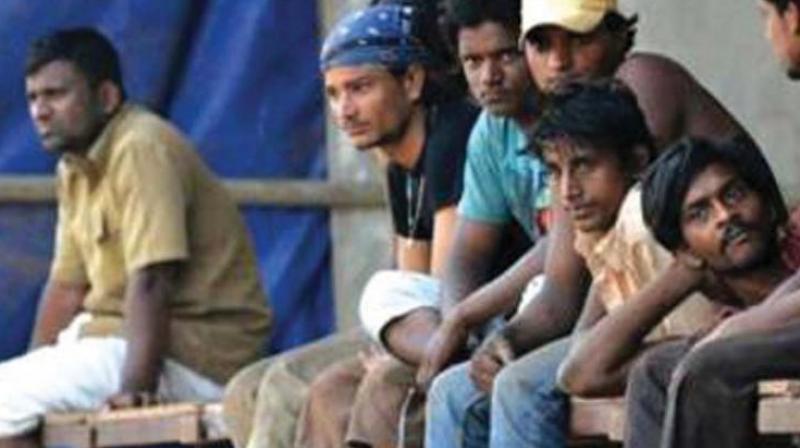 HYDERABAD: Against the backdrop of Omicron’s snowball fears, several Gulf migrants cut their vacations short and returned to Gulf countries to resume their work.

Additionally, anticipating a possible increase in flight costs and likely restrictions on flight services, several migrants have returned to their home countries as there is also a rush to return to workstations. It happens both ways.

Gulf migrants from Adilabad, Karimnagar and Nizamabad districts are hastily finalizing their travel plans for fear of a third wave eruption thanks to the spread of Omicron.

Due to the negative effect of Covid-19 on the finances of the aviation sector, a few airlines have collected huge tariffs from those who fly from Gulf countries to India. Migrant workers, mostly from districts of northern Telangana state, were forced to pay considerable sums for travel.

In addition, the quarantine fees have weighed too heavily on them in recent months. To reach Saudi Arabia, Kuwait or Bahrain, migrants had to undergo a 14-day quarantine in Sri Lanka, Maldives or Dubai en route to their destination.
For example, an Indian migrant worker typically pays Rs 90,000 to reach Saudi Arabia. But the midway quarantine rule forced passengers to pay up to Rs 1.50 lakh.

Saudi authorities have reportedly authorized a five-day local quarantine for migrant workers. As a result, the lower flight costs and the reduction in the quarantine from 14 days to five days have given them some relief. Under these circumstances, some migrant workers have seen fit to cut short their touring plans and return to workplaces earlier than originally planned.

Talk to Chronicle of the Deccan from Sharjah, migrant worker Ashok from Jagiryal village to Bheemgal mandal in Nizamabad district said he had done RT-PCR tests three times – at his home, at Rajiv Gandhi International Airport (RGIA) in Hyderabad and at Dubai Airport before reaching the destination.

Travelers should arrive at the airport at least three hours before the scheduled departure time to take the RT-PCR tests. “I resumed my work in Sharjah after showing a negative report on Covid,” he said.

Pendem Srinivas, who runs a travel agency in Morthad in the Nizamabad district, said some migrant workers were showing interest in returning to the Gulf countries soon. If containment is imposed in India in the event of a third wave, migrant workers will be stranded here and lose their jobs in Gulf countries, he said.

“If their personal affairs like attending weddings, housewarming ceremonies, etc., are completed in their places of origin, workers are ready to return to work. Only new visa holders face restrictions in Gulf countries. Otherwise, the holders of the civil identity card simply resume their work a little early too, ”he explained.