Here are some of the weirdest restaurants in the world 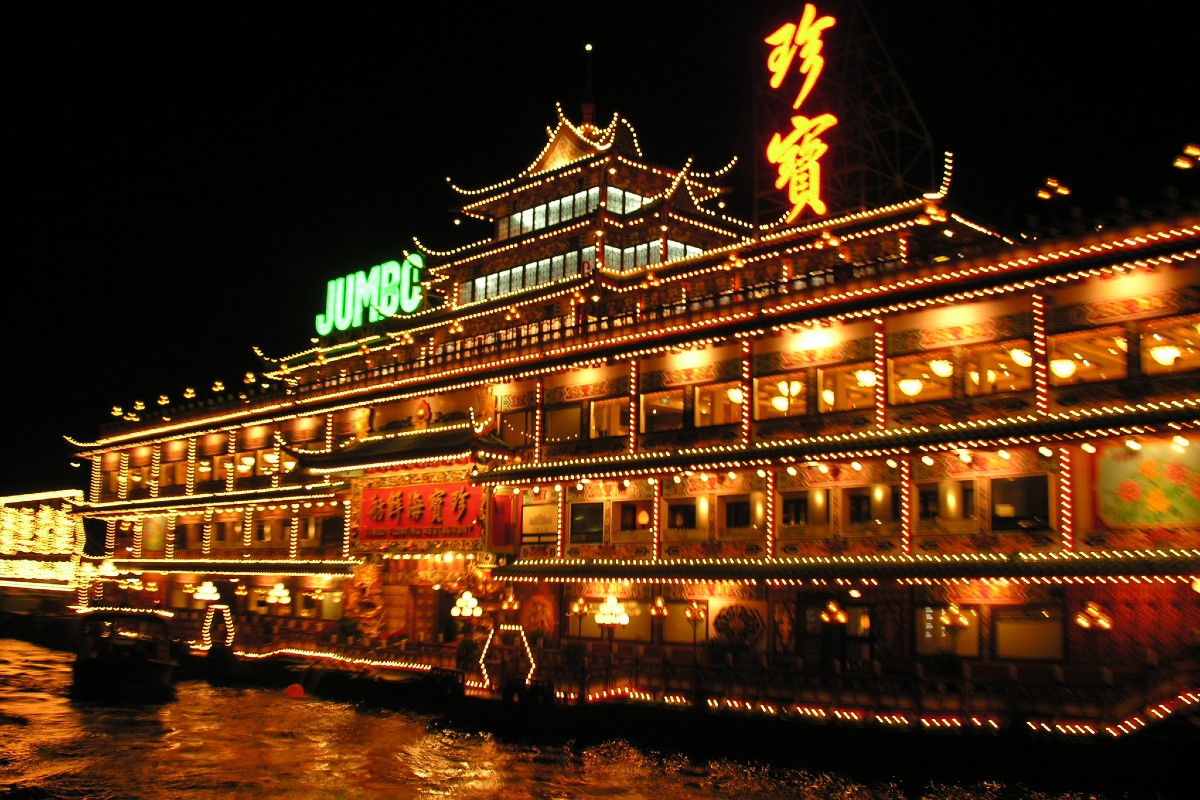 On the first day of summer, the world lost one of its iconic restaurants.

Hong Kong’s iconic Jumbo floating restaurant sank as the 260ft three-storey restaurant was being trailer from Aberdeen Harbor on June 21. Fortunately, no one was injured in the incident.

First opened in 1976, the Jumbo Floating Restaurant had been a Hong Kong mainstay for nearly five decades. The giant floating catering has welcomed visitors from all over the world, including famous people like Tom Cruise, Richard Branson and even Queen Elizabeth II. Operating such a juggernaut has left Aberdeen Restaurant Enterprise bleeding money. COVID-19 restrictions finally closed its doors for good.

With the Hong Kong government refusing to turn the restaurant into a theme park, Aberdeen planned to move the ship to a warehouse. Before he could complete the trip, Jumbo tipped over and descended into a harbor over 3,280 feet deep.

This tragic news should remind people that the craziest restaurants in the world won’t always be open. Here are some of the weirdest restaurants to check out before disaster strikes.

This list might as well start under the sea, because that’s where we left off. Located inside (and below) the Conrad Maldives, Rangali Island Resort, Ithaa (which translates to Mother of Pearl) is an intimate restaurant more than 16 feet below the surface of the Indian Ocean. Opened in 2005, the all-glass restaurant offers a daily menu with dishes like prawn tartare, lobster pasta, spicy snails and other daily catches as well as freshly cut meats paired with fine wine. You just have to ignore the jealous looks from the dolphins above.

A zinc paint coating protects Ithaa’s steel frame from corrosion, but it will only last a limited time in salt water. Reserve a spot while you still can.

Speaking of saltwater, visitors might not really want to eat here, though the Chicago Sweatlodge as a full-service sauna sounds pretty delicious.

In Chicago, Illinois, Eastern Europe still has a sizable imprint, as evidenced by this old-school steam spa. Home to a Russian sauna and an inviting plunge pool, guests of the men-only Chicago Sweatlodge can sit at a checkered table after washing up. Clad only in a towel, you can order pickled herring, potatoes and cheddar pierogies while watching the latest televised football matches with your sweaty, shirtless Old World friends.

The pink palace that faces the Villa Escudero resort plantation in the Philippines is just a glimpse of the vast plantation on which it sits. Located on the former estate of owner Don Placido Escudero and his wife Dona Claudia Marasigan, the couple oversaw the country’s first working hydroelectric plant to power a desiccated coconut factory. Now, Labassin Falls (meaning “fall” in Tagalog) pours out of the Labassin Dam and crashes into a restaurant without shoes.

Do not hesitate to rest barefoot and with your buttocks covered according to your desires in the crystal clear water. A Kamayan-style buffet of fish, grilled chicken, bananas and fresh fruits, rice, etc., arranged in a spread made from banana leaves. A refreshing dip is always a nice reveal after the feast.

After roasting in the Arabian sun, travelers will likely be tempted by a cooler dinner. Fortunately, in Dubai, if there is a good business idea, someone is probably taking advantage of it.

Enter Chillout, a sub-zero ice saloon where scorched legs can rest in solid ice seats and red arms can lean on crystallized water tables. Don’t worry about getting too cold, as Chillout hands out parkas, woolen gloves, socks and boots upon arrival (no word on how often the socks are cleaned). Diners can relax like they’re chilling in a fridge during the summer, sipping a Bloody Mary and munching on soup and a sandwich to rejuvenate at this crazy restaurant.

Travelers more inclined to air than land or sea could once escape into the exotic trees of the Kiwi State. Unfortunately, aerials and chasers will have to wait for the Omicron lockdowns to ease in New Zealand.

First commissioned by the Yellow Pages phone book as part of a marketing campaign, Auckland-based firm Pacific Environment Architects have built a tree house restaurant so impressive it has become a permanent commercial attraction. Located near Warkworth, north of Auckland, New Zealand, the Redwoods Treehouse looks like the start of an Ewok village perched 33 feet above the ground among the tallest trees in the world.

Constructed from locally milled redwood, the pod-like structure is even accessible via treehouse technology – a canopy walkway surrounded by branches. Hopefully Redwood’s chefs and servers will soon be able to return home under the leaves.

Star chef Ger Jan Hageman’s vision for De Kas began with saving an old greenhouse that was due to be demolished in 2001. Why cut down the tree when you can rebuild Eden?

Hageman converted the 26-foot-tall glass structure not just into a nursery, but into a restaurant, placing tables under transparent panels and next to flower beds. It’s 20 years later and heaven is back. Diners eat alongside and savor dishes freshly picked and just imagined by Chef Hageman and his friends Wim de Beer and Jos Timmer.

De Kas is a little further than typical tourist destinations, but the magic is more than worth the trip. With its totally flat topography, abundance of water and temperate climate, few cities in the world have a history as closely tied to the botanical world as Amsterdam. De Kas brings diners into the middle of this world, even located in suburban Frankendael Park – one of Amsterdam’s most scenic green spaces.

Standing in the water facing Zanzibar’s white sandy Michanwi Pingwe Beach in clear, warm, aqua blue water, The Rock offers the ultimate romantic dinner – if you can get there. Located on a huge rock in the water, The Rock is only accessible by foot, swim or canoe. This made the logistics of electricity, gas, fresh water, sewerage, Wi-Fi and waste management a challenge, but now the restaurant is proud to only contribute to minimal environmental impact on the region while making a serious dent in its diners. .

The Rock specializes in consistently fresh seafood paired with imported wines, ocean breezes and crashing tides. The daily catch comes from what were once subsistence fishermen who support the local village and community of The Rock, Michamvi, with this bounty.

Sometimes called the floating restaurant (now the only one since Hong Kong returned to the sea), The Rock is an elusive and exclusive dining opportunity in an exotic outpost.

One of the easiest ways to connect with people in a foreign country is through food. And some of the best restaurants in the world are those that can bring tradition and the natural condition of the past to the present, and arrange it on a plate.