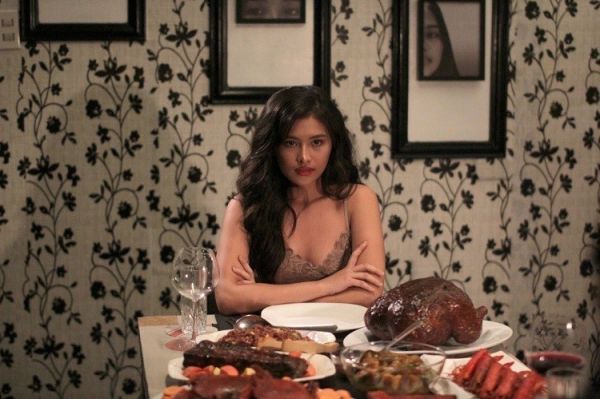 Immerse yourself in life’s thrilling adventures and hitchhike with Ringo and Samara as Siklo arrives on Vivamax this January 7th.

An original Vivamax film, Siklo is an upcoming sexy action thriller starring Vince Rillon and Christine Bermas. This is the story of Ringo (Vince Rillon), a delivery man who falls into a forbidden love with one of his clients, Samara (Christine Bermas). Samara is also a mistress of Pastor Boy (Joko Diaz), a leader of a religious group who uses his platform and supporters for money laundering. Upon learning of Ringo and Samara’s affair, Pastor Boy will attempt to ruin their lives by implicating Ringo’s name in his illegal works and will also try to harm Samara.

Ringo and Samara then ride Ringo’s motorbike to escape and start a new life, unaware that they are also carrying the money Pastor Boy stole from his religious group. The haunt of runaway lovers begins and escalates when Pastor Boy’s father and the top leader of their false religion, Amang Pablo, steps in.

Let’s keep celebrating the New Year, and we’re saving our seats and joining Siklo’s Mad Rush when it premieres on Vivamax this January 7, 2021.

Subscribe to Vivamax for just P149 per month or P399 for three months.

Siklo also broadcasts on Vivamax Middle East. For kababayans in UAE, Saudi Arabia, Kuwait, Oman, Bahrain, and Qatar, watch all you can for just AED 35 / month. Vivamax can also be streamed in Europe for just 8 GBP / month.