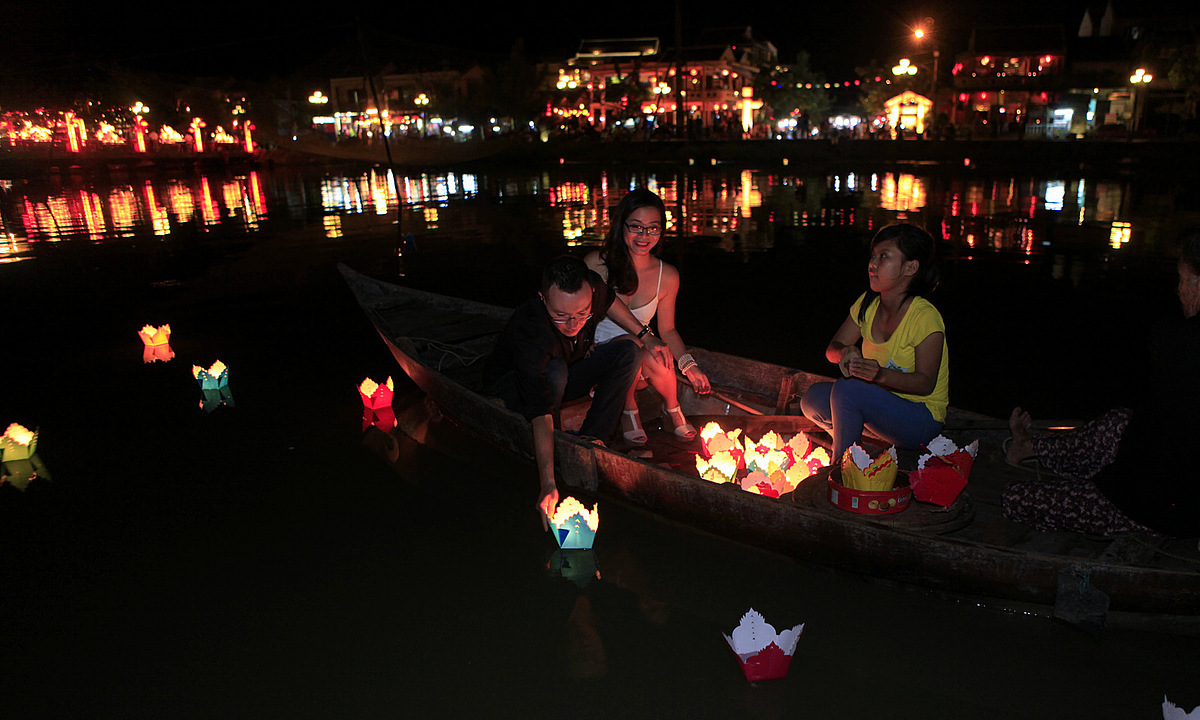 A couple take a lantern boat ride in Hoi An. Photo by VnExpress/Le Bich

UK-based Time Out has ranked Hoi An, the ancient city in central Vietnam, among the 21 most romantic places in the world to visit on Valentine’s Day.

“Hoi An’s famous lantern-lined streets are an idyllic spot for twilight strolls and candid conversation, backed by well-preserved historic Vietnamese architecture that tells many stories,” according to Time Out.

“The city’s lantern boat rides are a romantic dream – a terrific combination of natural delicacy and impressive confidence, while Hoi An also boasts one of the best cocktail scenes in the country.”

This year, Valentine’s Day coincides with the 14th day of the first lunar month when the city lights are off and the only light comes from lanterns floating on the iconic Hoai River.

For many years, Hoi An has hosted the Lantern Festival on the 14th day of every lunar month, which has become a tourist symbol of the 400-year-old ancient city.

The list compiled by the editors of the British magazine included Kyoto, the Maldives, Montreal, Paris, Udaipur and Venice.

In 2019, Hoi An was named one of the most romantic places to meet on Valentine’s Day.