How Dragonflies Take the Most Amazing Journey in Nature 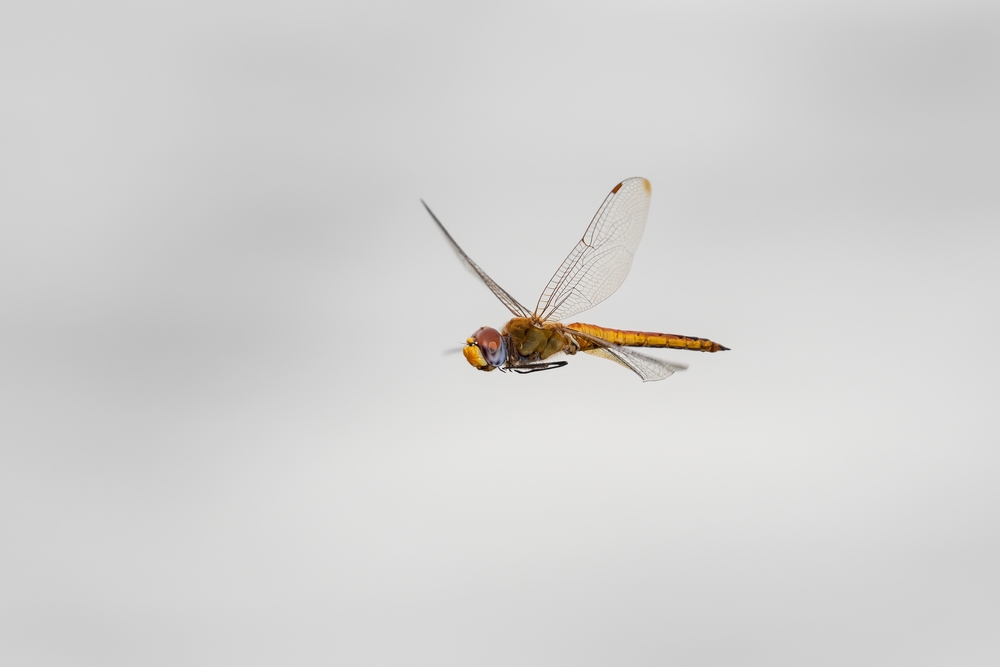 The dragonfly is only a few inches long, so for its size, it’s the longest non-stop trip of any creature.

This extraordinary feat has long puzzled biologists who wonder how such a small creature can endure such long distances. Various researchers have debated the role of wind, rain, and the life cycle on this phenomenon. But in the absence of sensors small enough to track the flight of insects over these distances, no one has settled the question of how P. flavescens achieve this feat.

Enter Kumar Sanat Ranjan and his colleagues at Indian Institute of Technology Kharagpur in West Bengal. This group brought all of these factors together along with a detailed study of the endurance of dragonflies to determine how long they can fly, what factor the wind must play, and the annual timing of migration.

The Globe Skimmer dragonfly migrates every year from India to Africa and vice versa. The yellow dots are recorded observations. (Source: arxiv.org/abs/2206.11226)

In this way they show how P. flavescens make their extraordinary migration, why it’s only possible at a certain time of year, and how dragonflies disperse so widely across Asia.

At the heart of Ranjan and his colleagues’ work is their model for studying the energetics involved in dragonfly flight. Their model includes factors such as lift, drag and energy involved in flight with wings beating at a certain frequency. He then compares it to the chemical power the insect has from the onboard fuel storage.

This is an important finding which suggests that migration is not possible without help. “The prevailing winds play a central role; a direct crossing of the Indian Ocean from Africa to India is feasible with the Somali Jet, while the return requires stopovers in the Maldives and the Seychelles,” the team says.

The team analyzed wind patterns throughout the year and found that they only became favorable for a crossing from India to Somalia after September with the highest probability of success in December.

Indeed, this is exactly what entomologists observe. P. flavescens arrive in Somalia in November and December after traveling from India via the Maldives and the Seychelles. Researchers say the prevailing wind means each leg of the journey can be completed in less than 90 hours.

The return trip is assisted by the Somali Jet, which sends moisture to Asia for the summer monsoon. Again, this becomes possible within the 90 hour endurance limit.

Ranjana and co say more than one route satisfies flight conditions. This probably explains why the routes taken by dragonflies are not always the same and why they are also found elsewhere in Asia – the same flight pattern, wind, humidity and other factors can send them to places totally different.

It’s an interesting piece of work that shows how important the moment of travel must be. Dragonflies can only make the journey when the winds at their chosen altitudes are strong enough and in the right direction.

Even then, it can send them to distant destinations. And yet, large numbers make the journey from India to Africa, probably when the triggers to fly are exactly right. This raises interesting questions about how climate change will influence migration patterns, probably not always for the better.

The research leaves many other questions unanswered, such as how dragonflies know when winds are optimal for travel, how they navigate to tiny Indian Ocean islands along the way, and most puzzling of all, how this knowledge is passed down from generation to generation. to another, since the same flight patterns occur every year.

Researchers have recently made significant progress in understanding how birds navigate with such precision. But dragonflies must have equally capable navigation systems to achieve their feats. For now, these mysteries remain unsolved.