I have visited almost every country in the world without ever flying, New Zealand is next 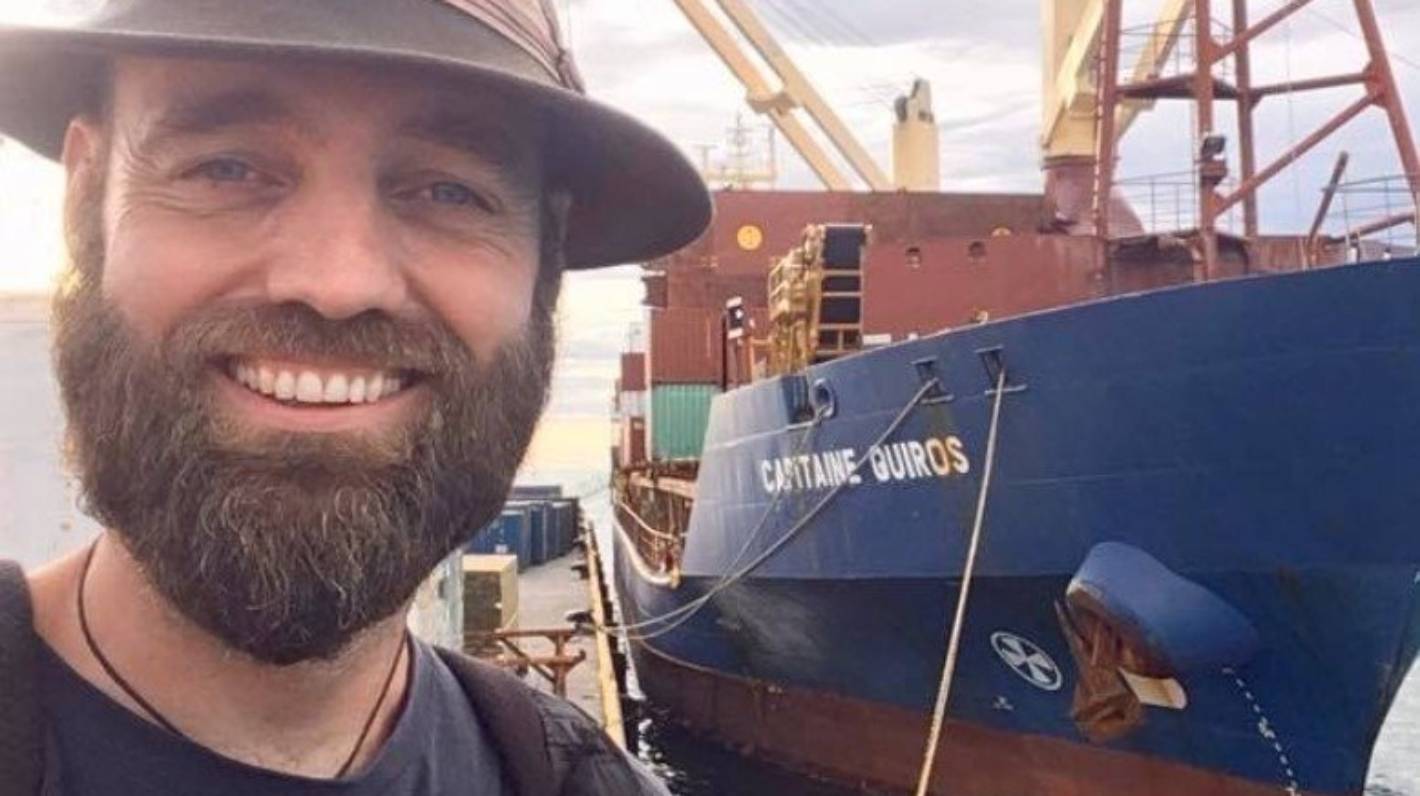 Torbjørn Pedersen agrees that his idea sounds crazy. Travel to every country in the world, live on just US$20 a day, and do it all without ever using a plane. Crazy, yes, but as Pedersen says, “a good kind of crazy”.

For the past nine years, Pedersen, also known as Thor, has criss-crossed the world, enduring the hardships of pounding storms on cargo ships, fighting over visas from sometimes hostile border guards, all while juggling the logistics of how to navigate. an adventure without an airport. Add to that a pandemic and the incredible feat he has achieved so far seems even crazier.

But there is light at the end of the tunnel.

Pedersen has scratched 195 countries from his list, down to eight. Currently, he is on a freighter due to arrive any day in Townsville, Australia. His next stop will be New Zealand, then stops in Samoa, Tonga, Vanuatu, Tuvalu, before heading to Sri Lanka and then to the final destination of his epic journey, the Maldives.

READ MORE:
* International tourism is coming back, but a return to 4 million visitors is years away, and some say it’s a good thing
* I’ve traveled to all parts of New Zealand, here’s why Tairāwhiti Gisborne is my favorite
* Running Australia’s most secluded pub isn’t all about cold beer and desert sunsets
* Post-pandemic travel: Will Kiwi tourists favor pleasure or the planet?

And then he will finally return to his native Denmark, the first time since the beginning of the adventure.

Pedersen’s education and career helped him navigate, literally, the delicate task of planning this trip.

Her family traveled extensively as her father worked in the textile industry, while her mother worked as a travel guide and spoke several languages. A stint in the Danish military was followed by a 12-year career in shipping and logistics, but Pedersen said the inspiration for the trip came from his father.

“It all started with an innocent email from my father. I opened it and clicked on the link which took me to an article on world travel,” Pedersen said.

“It turned out that only about 200 people managed to reach all the countries and no one managed to do it completely without flying.”

Thus, the seeds of an adventure were sown. While her friends were supportive, it took her parents a while to get on board.

“My dad warned me against it, saying it would be bad for my career. But I left home with his support, and he has since become one of my biggest supporters. visited my mother and I told her about the project, she just said that she also likes to travel, then continued to talk about other things as if I had told her that I was going to the dentist. also a big supporter today.

After several months of preparation, he set off on October 13, 2013.

Documenting his travels on his blog, Once upon a time there was a saga as well as on social media, Pedersen started with Europe, then stopped in North America, South America, the Caribbean, Africa, the Mediterranean, the Middle East, Eastern Europe East and Asia. The Pacific Islands would be the last stops.

His experience in logistics, as well as his connections as a goodwill ambassador for the Danish Red Cross, facilitated his trip. Having a Danish passport has also been a plus, especially when navigating the quagmire of some visa processes.

“Some countries do not require visas, some visas can be applied for easily online, some are easy to obtain at embassies, and most visas are just a standard process of filling out forms, bringing photos of passport and pay the amount.

“Some visas have been difficult to get though, and I have different stories for different visas. On one occasion, I had to become a resident in one country to apply for a visa in another. Crazy.”

He is not the first to attempt this journey. Another adventurer, Graham Hughes, holds the world record for fastest to visit any country by surface public transport, according to Guinness World Records. However, he was allowed to return to Britain twice during his trip.

Pedersen said he would be the only person to visit every country in the world in one trip without taking a flight.

Despite all the years of careful planning, he could never have predicted a pandemic. The original plan was to complete the adventure in 2020, but that was ruined by the Covid-19. In fact, he’s been stuck in Hong Kong for two years.

“It started with four days of transit that turned into 11 days. Then countries started closing their borders with Greater China, which includes Hong Kong. Then the virus outbreak became a global pandemic and most of us thought it would be over within months.”

But despite the setback, he said he “made the most of it”.

“I built a life for myself, made friends, improved myself, collaborated left and right, developed contacts, etc. When I left, I had a license to drive, Hong Kong ID card, work visa, dentist card and I had donated blood four times.

He also received a visit from his wife. Yes, despite all the travels, Pedersen is married. The original plan was to get married when she arrived in New Zealand, but the pandemic forced a rethink. The Gjerum joined the trip on several occasions, including a three-month stay in Hong Kong. Pedersen admits another ambition to be completed soon is for the couple to be able to start a family.

Another obvious question is how does he finance all of this?

“I have been receiving financial support from Ross DK and GEOOP since I left home. They are Danish companies that focus on geothermal energy. I am also financially supported by donations from my subscribers. And from time to time time, I earn money by writing an article or speaking.

“The project budget is USD 20 per day, which covers transportation, accommodation, visas and meals.”

He said some days prove more expensive than others when he has to apply for things like visa extensions, but there are other days when he lives very frugally, so it balances out. Fortunately, it is rarely charged for cargo travel.

Another common question is whether he ever thought about giving up and going home. He said that was a resounding “yes”!

“I often wonder if it is still worth continuing. Over time, my wife and I see our chances of starting a family diminish. Also, my friends and family have children that I have never met.

But now is not the time to stop, especially with the finish line approaching. He has no fixed date for his arrival in New Zealand.

“I am fortunately supported by several shipping companies. One of them is Swire Shipping, which offers service from Australia to New Zealand, as well as Samoa and Tonga.

“I might stay a bit longer in New Zealand if I see my chance of joining a ship to Antarctica and back. It would be a good idea to also include all continents.

Through all the hardships and delays, there is one thing that keeps the reader alive.

“As a Danish Red Cross Goodwill Ambassador, I have symbolically united the humanitarian movement in 190 countries by visiting and fundraising. My determination and my endurance within this project also inspire and motivate people on a daily basis.

“Personally, I received an unparalleled education. And many people have, through my work, changed their view of the world, learned about cultures, learned about people and learned about countries, which they would never have done otherwise.