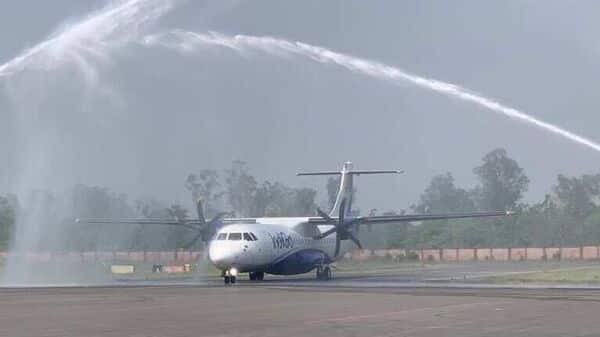 IndiGo has launched flights connecting Pantnagar in Uttarakhand with Delhi and Dehradun. Dehradun-Pantnagar and Delhi-Pantnagar flights will operate daily, the airline said in a statement.

“Celebrating our inaugural flights to and from Pantnagar – our 72nd domestic destination. We are pleased to further increase connectivity by adding another station in the state of Uttarakhand,” according to a tweet from the official Twitter account of the IndiGo airlines.

“The newly introduced routes are for business and leisure travelers who want to visit the Kumaon area and its foothills,” he said.

IndiGo will resume scheduled international flights on more than 150 routes in a phased manner over the next month, a statement from the airline said on Sunday.

During this two-year period, limited international flights were operated from India under air bubble arrangements with other countries.

“Scheduled operations to destinations in Thailand have already started from March 27,” IndiGo, India’s largest carrier, said in the statement.

Scheduled operations on more than 150 routes will be gradually restarted throughout April, he noted.