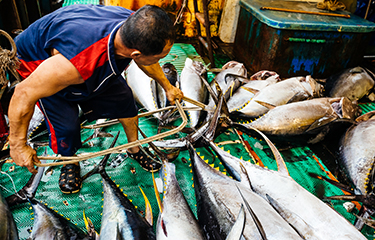 The Indian Ocean Tuna Commission (IOTC), on the recommendation of its olfactory committee, set the yellowfin catch limit at 287,140 metric tonnes (MT) in 2022.

There are no new catch limits for Madagascar, Oman and Somalia. As for India, the catch limits are calculated on the basis of IOTC Resolution 18/01, which concerns fishing vessels targeting tunas and related species in the Indian Ocean which measure more than 24 meters in height. long – or those less than 24 meters if they are fishing outside their flag state in the IOTC area of ​​competence.

“India currently does not have such vessels meeting the criteria and therefore no catch limits apply for the country in 2022,” said O’Brien.

The IOTC continues to implement its resolution of 21/01 on an interim plan for the recovery of yellowfin tuna in the Indian Ocean. The resolution entered into force on December 17, 2021 and applies to all contracting and cooperating non-contracting parties except Indonesia, Iran, Madagascar, Oman and Somalia – including the catch limits are based on IOTC Resolution 19/01.

“The Indian Ocean yellowfin tuna stock is overfished and subject to continued overfishing, with scientists warning that the stock could collapse over the next five years if fishing pressure is not reduced,” said a previous statement from a consortium of environmental NGOs.

Organizations blamed the IOTC’s failure to drastically reduce catches on its inability to base its catch limits on 2014 catch levels. Catches increased by more than 10 percent between 2014 and 2019, and limits higher catches now make the recovery plan ineffective, according to NGOs.

The IOTC adopted a resolution in June 2021 to rebuild the yellowfin tuna stock, but five contracting parties – Oman, Iran, India, Madagascar and Indonesia – opposed the adoption of the resolution.