Jaishankar on tour to Maldives and Sri Lanka for bilateral talks 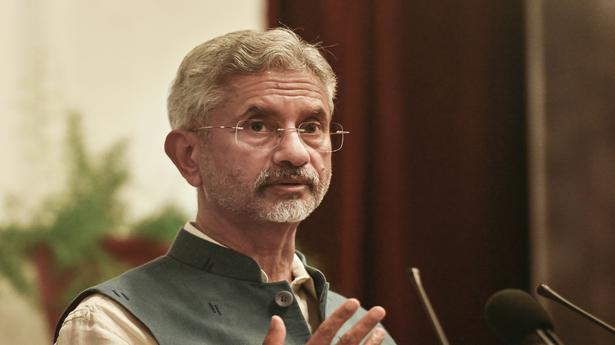 External Affairs Minister S. Jaishankar will arrive in the Maldives on Saturday evening for a two-day official visit to review bilateral engagement and launch key Indian-backed projects in the Indian Ocean archipelago . He is due to travel to Sri Lanka shortly thereafter, from March 28-30, for crucial talks following India’s recent $2.4 billion aid package to the cash-strapped island nation in in the midst of a severe economic crisis.

Jaishankar will also attend the BIMSTEC ministerial meeting on March 29, along with his regional counterparts, according to official statements from Colombo and New Delhi.

Mr. Jaishankar’s visit to Male, his third since taking office in May 2019, is part of India’s continued high-level engagement with the Government of the Maldives in areas such as security shipping, development cooperation and financial aid during the pandemic.

He will appeal to President Ibrahim Mohamed Solih, whose government follows an “India first” foreign policy, despite criticism from former President Abdulla Yameen and his supporters leading the “India out” campaign. The visit also comes fifteen days after the meeting at the NSA level of the “Colombo Security Conclave” held in Male, between India, the Maldives, Sri Lanka, Mauritius, with Bangladesh and the Seychelles as observers.

In Colombo, Mr. Jaishankar is expected to meet with leaders, prominent ministers of the Rajapaksa administration and key members of the opposition, including Tamil political parties. India and Sri Lanka have recently signed a series of agreements in the energy and development sectors.