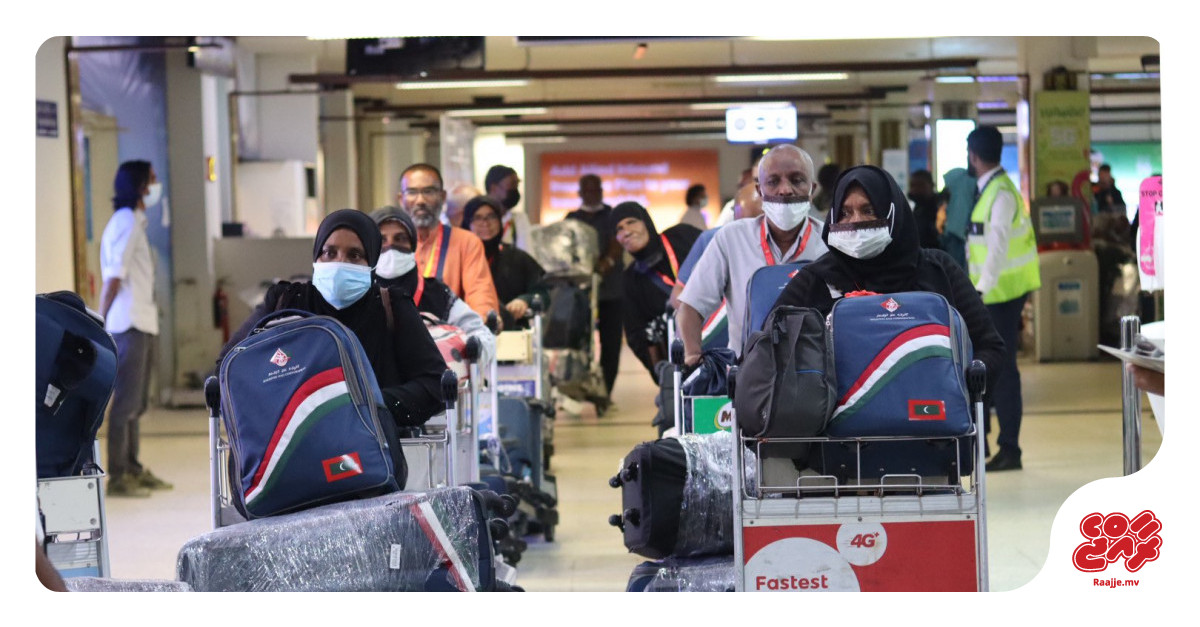 The last group of hajj pilgrims who attended the pilgrimage in the year 1443 returned home.

A quota has been granted by the Kingdom of Saudi Arabia, for 453 Maldivian pilgrims this year, with only Maldives Hajj Corporation having the ability to send pilgrims for the hajj pilgrimage this year.

The last group of 117 pilgrims landed at Velana International Airport on Wednesday.

The Ministry of Islamic Affairs has revealed that the Maldives Airports Company Limited (MACL) has reserved a special area for pilgrims at the airport, where additional staff members are stationed to ensure that pilgrims and their families receive services. adequate.

At the end of May, the Maldives Hajj Corporation opened applications for 100 of the 453 places. The remaining places were reserved for candidates on the company’s waiting list.

Maldivians attended the hajj pilgrimage this year, after a two-year hiatus due to restrictions in light of the ongoing Covid-19 pandemic.

Only one million people have been allowed to perform hajj by the Kingdom of Saudi Arabia this year. Of this million, 850,000 pilgrims came from different parts of the world.

In 2019, a total of 2.5 million Muslims performed the hajj. This was followed by a significant drop in the number of pilgrims in the year 2021 due to the pandemic, with only Saudi pilgrims who had been fully vaccinated against the virus being allowed to perform the hajj pilgrimage.