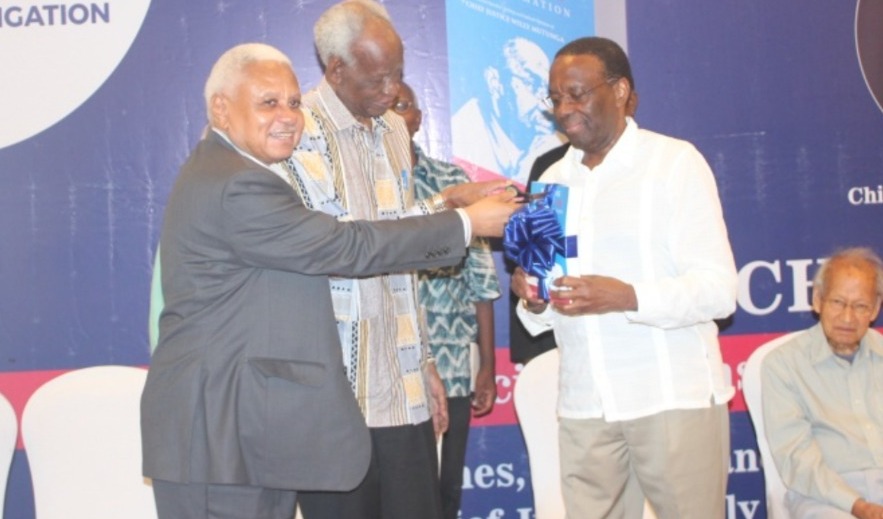 Dar es Salaam. Tanzanians need to learn a thing or two as former Kenyan Chief Justice Willy Mutunga launched his career in the country book, highlighting his efforts to transform Kenya’s justice system and his journey as a civil society leader.
This remarkable book contains over 60 speeches, seven judicial opinions and three academic articles, which he wrote during his tenure as Chief Justice and President of the Supreme Court of Kenya from 2011 to 2016.
Former Chief Justice of Tanzania Mohamed Chande Othman described the book as a generous work that shares valuable lessons for Tanzanians.
“The book provides important insight through personal experiences of judicial issues in Kenya with relevance to the East African region and the continent as a whole,” he said.
Retired Judge Joseph Warioba said Mutunga’s knowledge is valuable for judicial transformation and also reminds us that the law goes hand in hand with human rights. “I haven’t read the book yet, but I knew Judge Mutunga as a person who is a thinker, an academic, a reformist and much more,” he said.
For his part, DR Mutunga said the book, which shows the Constitution and the transformation of the judiciary in Kenya, would help Tanzania on its journey to do the same.
“It shows the struggles for a new constitution and its protection, because it’s not just about getting a new constitution but also joining it,” he said.
Dr. Mutunga also has a good history with Tanzania as he obtained a Bachelor of Laws from the University of Dar Es Salaam in 1971 and a Masters of Laws from the same institution in 1974 before pursuing a career in academia. .
He has also advised on the constitutions of several other countries, including The Gambia, and was the Commonwealth envoy to the Maldives. In the book, he shares his views and philosophy on social justice, constitutionalism, democracy, and equality.
The Managing Director of the Center for Strategic Litigation, Mr. Deus Valentine Rweyemamu, said the book would also serve as an important reference for practicing lawyers, bench members as well as jurists and academics in Tanzania and the region.
“The book is well-written and easy to read, making it relevant for readers both in legal practice and outside of it. This fits perfectly with CSL’s work in fostering a civic and political culture where the law is supreme and where the constitution and human rights are upheld,” Mr. Rweyemamu said.