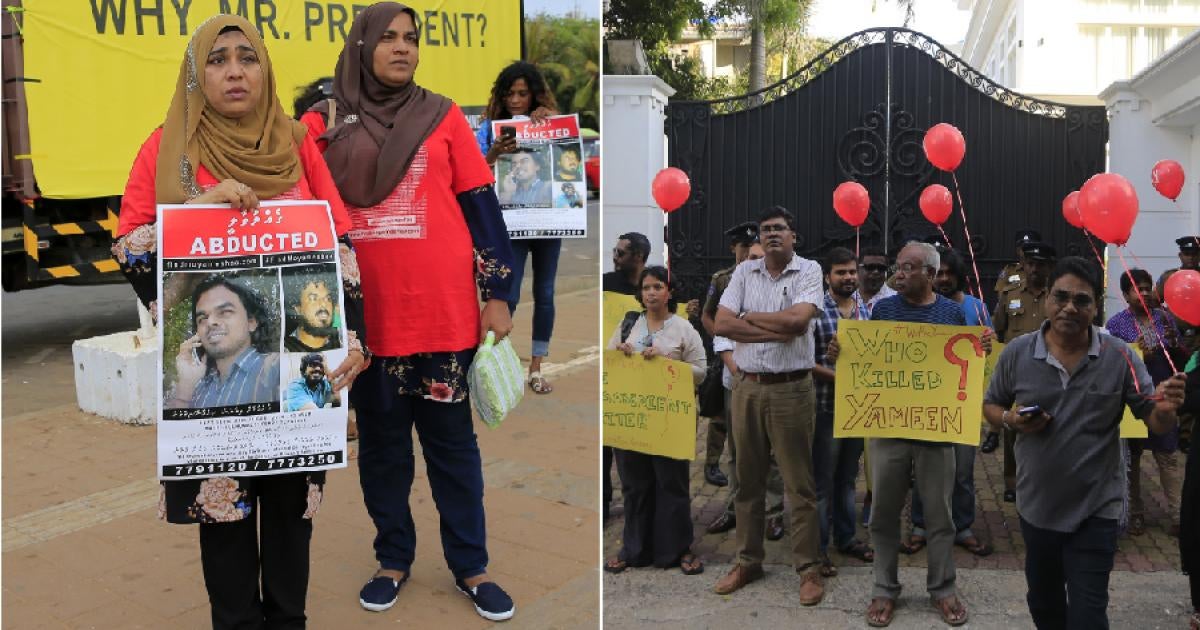 A breakthrough in the investigations into the murders of two political activists in the Maldives could finally offer hope for justice. On June 25, the Maldives Police arrested three men in connection with the 2014 disappearance of Ahmed Rilwan, an outspoken journalist who uncovered political corruption, and the 2017 fatal assassination of Yameen Rasheed, a blogger and government critic.

The arrest of the three suspects is only a first step. So far, political interference as well as evidence of police cover-ups and judicial misconduct have undermined credible investigations and prosecutions of those responsible for these attacks and others against civil society militants.

Since 2012, and particularly during Abdulla Yameen’s presidency from 2013 to 2018, threats and violence against prominent Maldivian activists, politicians and journalists have escalated. Organized gangs with links to Salafi clerics, who have advocated the use of violence, are suspected of being responsible for the attacks, but these gangs have enjoyed the protection of powerful politicians. The gangs have also exerted influence over the Maldives’ weak justice system, pressuring judges to “fix” the outcome of trials, including revealing the identities of prosecution witnesses.

The government appointees Commission on Deaths and Enforced Disappearances is to be thanked for the recent breakthrough. He corroborated longstanding suspicions that criminal gang leaders planned and executed Rilwan’s abduction and disappearance, and uncovered a “list of results” which included other government activists and critics. However, the Commission’s investigations have suffered numerous delays, not helped by the restrictions imposed due to the Covid-19 pandemic.

News of the arrests has now raised hopes of progress in reversing years of impunity. But the real test is yet to come: As a journalist and friend of the victims said, “It remains to be seen whether prosecutors will be diligent, whether witnesses can be protected, whether judges will rule with integrity.” Unless they do, we are still a long way from justice for Rilwan and Yameen.