No armed foreign forces in the Maldives, assures the Ministry of Defense 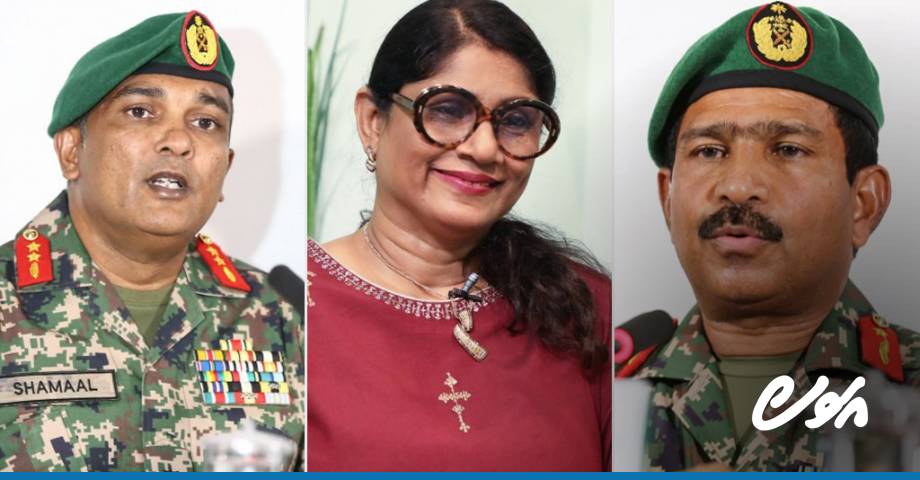 The Ministry of Defense said no armed foreign servicemen were stationed in the Maldives.

In a press release on Saturday, the Ministry of Defense said no armed foreign servicemen were in the Maldives and no foreign parties would be active at Uthuru Thilafalhu Base where the wharf and shipyard of Maldives National Defense Force (MNDF) Coast Guard are being developed.

Indirectly referring to statements made by former Maldives President and opposition leader Abdulla Yameen Abdul Gayyoom during an ‘India Out’ rally held at ADH. Mahibadhoo’s press release on Friday said his statements had no basis and were aimed at creating unrest among the people. The Ministry of Defense noted that the MNDF had designed the UTF wharf and shipyard for its needs and to increase the capacity of the MNDF. Both have 100% control of the state, he said.

“Statements that claim UTF is a foreign military base are simply untrue,” the ministry said in its statement.

In Yameen’s speech at Mahibadhoo, he warned that the agreements between the Maldivian and Indian governments were extremely dangerous. He revealed that one such agreement allowed Indian military vessels to enter Maldivian waters without permission. Notifying the government that a ship was arriving was the only formality required, he said.

Yameen also said that an agreement with India allows arms to be brought into the Maldives without limit. He challenged Defense Minister Mariya Ahmed Didi and Chief of Defense Forces Major General Abdulla Shamaal to deny the statement.

The ministry’s press release responded to these allegations and said that issuing diplomatic clearance to foreign vessels entering the Maldives is a sovereign right.

“For this reason, to say that foreign military vessels arriving in the Maldives do not need diplomatic clearance and do not need a permit from the National Defense Force to enter this port is false,” he said. said the ministry.

The press release further asked not to tarnish the names of military officers and said that the MNDF would ensure peace and order in the country.