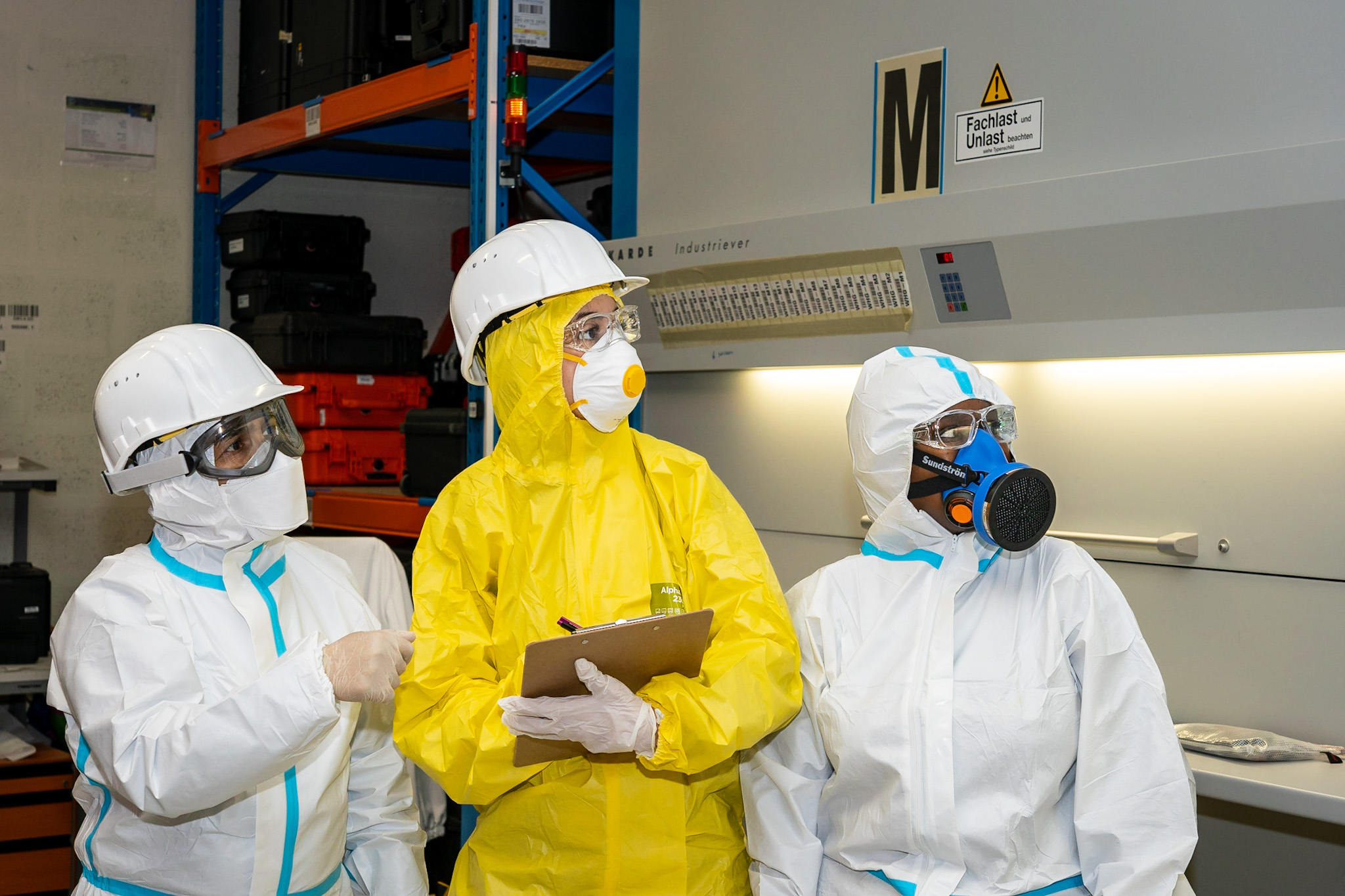 The IAEA conducted more than 3,000 field verification activities and spent more than 14,500 days in the field in 2021, according to the safeguards statement for 2021 released this week. This represents a return to the pre-pandemic trend of increasing the global nuclear field verification effort year after year. The Safeguards Statement presents findings and conclusions related to IAEA safeguards for all States for which the IAEA implemented safeguards during the year.

“The IAEA has successfully adapted to the restrictions related to COVID-19 and was also able to carry out the field verification activities carried over from 2020,” said Massimo Aparo, Deputy Director General of the IAEA and Chief of the Department of Guarantees. “While travel restrictions, including quarantine requirements, still applied in some states, the Agency stepped up its verification efforts to draw independent and robustly safeguards-based conclusions.”

IAEA safeguards are technical measures incorporated into safeguards agreements, implemented by the IAEA to verify that nuclear material remains in use for peaceful purposes.

In 2021, the IAEA conducted verification activities at more than 1,300 nuclear facilities and non-facility locations around the world, while nuclear material under safeguards increased by 2.1%.

The IAEA was able to draw safeguards conclusions for 185 of the 186 States with safeguards agreements in force. The only state without the conclusion of safeguards is the Democratic People’s Republic of Korea, also known as North Korea, where the IAEA did not apply safeguards and therefore could not draw a conclusion.

Of the 185 States where safeguards were applied during the year, 177 had a comprehensive safeguards agreement in force, of which 132 also had an additional protocol in force. The additional protocol significantly increases the IAEA’s ability to verify the peaceful use of all nuclear material in a state that has entered into a comprehensive safeguards agreement. Twenty-five years after its approval by the IAEA’s Board of Governors, the Additional Protocol provides the Agency with access to additional safeguards-relevant information, sites and locations.

For 72 states with a comprehensive safeguards agreement and an additional protocol in force, the IAEA was able to conclude that “everything nuclear material remained in peaceful activities”. For the remaining 105 states with comprehensive safeguards agreements, 60 of which also have additional protocols in force, the IAEA concluded that “declared nuclear material remained in peaceful activities”.

For the three countries with item-specific safeguards agreements in force (India, Israel and Pakistan), the IAEA concluded that “nuclear material, facilities or other items to which safeguards had been applied remained in peaceful activities “.

For the five countries with active voluntary offer agreements (China, France, Russia, United Kingdom and United States), the IAEA concluded that “nuclear material in selected facilities to which safeguards had been applied remained in peaceful activities or had been withdrawn from the safeguards provided for in the agreements.

In 2021, IAEA Director General Rafael Mariano Grossi reiterated his call for states with a small quantities protocol based on the original standard text to amend or rescind it as soon as possible. As requested by the IAEA Board of Governors in 2005, the revised small quantities protocol reduces the number of provisions of the comprehensive safeguards agreement that are outstanding. In 2021, small quantity protocols were amended for Belize, Brunei Darussalam, Maldives, Saint Lucia and Sudan. Non-operational small quantity protocols have been canceled for Malta and the United Arab Emirates.

Mr. Grossi also wrote to the other States parties to the Treaty on the Non-Proliferation of Nuclear Weapons, which have not yet concluded comprehensive safeguards agreements with the Agency, asking them to do so without delay. In addition, he has sent letters to States that have not concluded or brought into force an additional protocol to their comprehensive safeguards agreement, encouraging them to do so.

The performance of national safeguards authorities and their national nuclear material accountancy and control systems (SSAC) has a significant impact on the effectiveness and efficiency of the Agency’s safeguards implementation, says the SIR. Under a comprehensive safeguards agreement, the state is required to establish an SSAC which forms the basis of a state’s notification to the IAEA of its nuclear material. In 2021, the implementation of COMPASS — a project to partner these national safeguards authorities and their DCSs to provide services tailored to the needs of a particular State — began in seven pilot States.

The IAEA strengthened its ties with Member States and other partners in 2021. A Member State Support Program was established with Switzerland – the first new support program since 2013 – joining a group of 20 other support programs provided by individual IAEA Member States and the European Union. Commission. Member State Support Programs support IAEA safeguards through financial contributions, training, technology transfer and expert collaboration. The IAEA has also established five new partnerships with non-traditional entities such as think tanks and non-governmental organizations to broaden its network of expertise and foster innovation.

“In 2021, we have strengthened our safeguards implementation support to our member states, while building new partnerships in support of our mission,” Aparo said. “Implementing effective global nuclear verification requires cooperation between the IAEA, its counterparts and our partners – cooperation that is essential for the future success of our mission.”

Read it Declaration of safeguards for 2021.