On the Road: Wild and Wild Western Australia with the Family 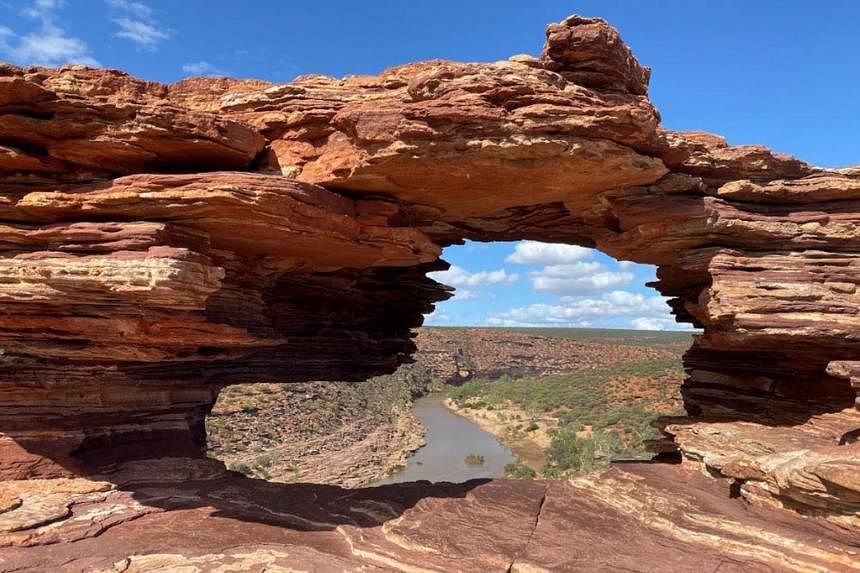 According to Mr. Ed Fenny, marine biologist and charismatic captain of Shark Bay Dive and Marine Safaris, it is common while scuba diving to see dolphins, turtles, tiger and lemon sharks, dugongs and rays too.

As we travel by boat to the cliffs of Zuytdorp on the outer edge of the bay, he recounts the biology, geography and history of the area from the arrival of the Dutch in the 17th century to the present day.

Named after the Dutch ship that was wrecked near here in the early 1700s, the cliffs culminate at Steep Point, the westernmost point of mainland Australia, and from the water, the cliff resembles the profile of a Dutchman shouting in the waves.

Steep Point is famous for land sport and sport fishing, and we see half a dozen anglers on the rocks with lines cast into the depths, hoping to catch trevallies, Spanish mackerel and sailfish.

Back on the Peron Peninsula, we meet Mr. Harvey Raven, owner of Monkey Mia Wildsights for a 4×4 tour of Francois Peron National Park.

As we pass barren, cindery depressions along the road, he explains that although they look dead now, they are actually gypsum lakes, locally known as birridas. When water accumulates during high tides or after heavy rains, they become a hive of invertebrates and birds.

“There’s nothing spectacular about this part of the country…until you get to the coast. Then it’s really spectacular,” he says of the burnt orange dunes and cliffs of rust color that stand out against the white sand and the turquoise sea.

The wildflower season in September and October is also sensational, he says, with more than 700 species of flowering plants. “It’s as if the countryside has been painted in stripes of purple, yellow and white.”

We spend the afternoon walking along the park’s cliffs, beaches and sand dunes. I can’t help gazing at the wild beauty that surrounds me. The colors are so vivid, they are visceral.

The beauty continues when we arrive at Dirk Hartog Island and walk from the water to the Eco Lodge just 30 meters from the beach. Fuchsia bougainvillea crown the tin roof of the former sheep shearer’s accommodation, which was converted into six en-suite bedrooms when the island was transformed from a sheep station to an Eco Lodge in the early 1990s .