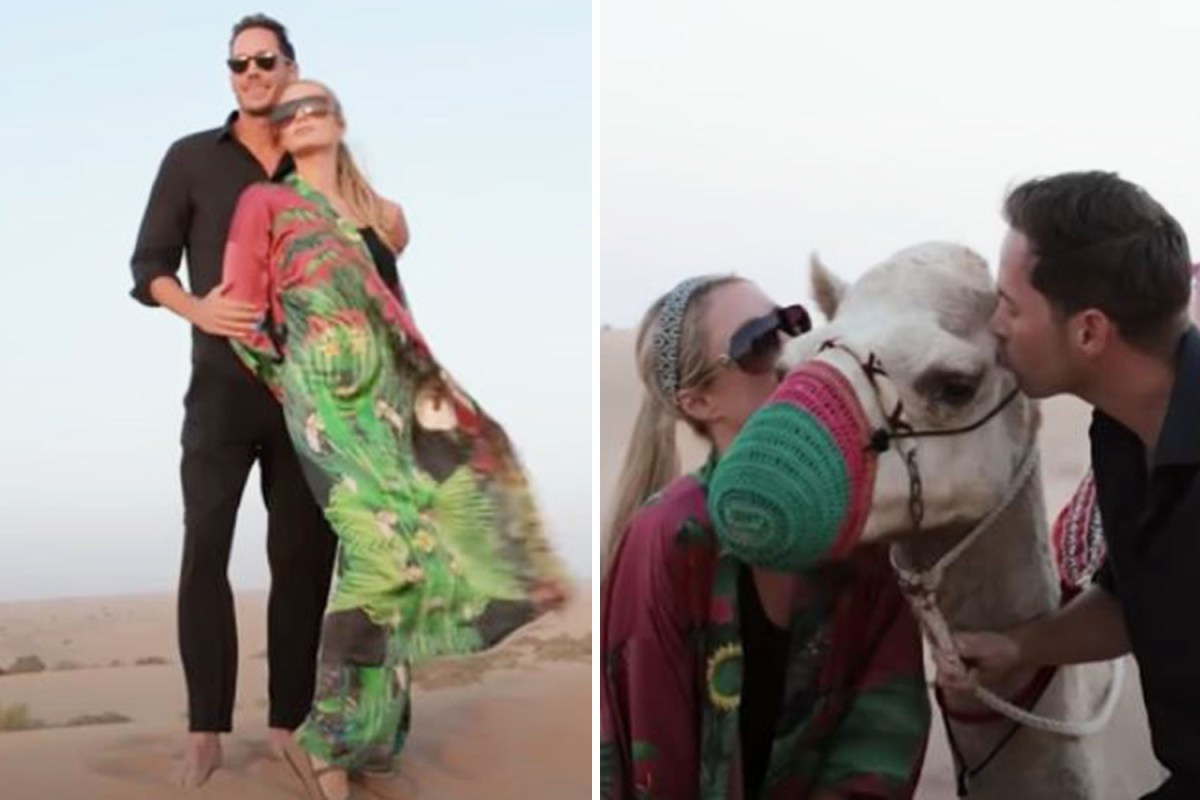 PARIS Hilton and her husband Carter Ruem posed for photos with camels during their honeymoon in Dubai.

The couple married at the $61.5 million Bel-Air estate of her late grandfather Barron in November last year.

Paris and Carter then traveled to several luxurious destinations for their honeymoon, including Bora Bora, Anguilla, London and the Maldives.

The last stop was Dubai and they stayed at the beautiful 5 star Waldorf Astoria Dubai Palm Jumeirah hotel.

They filmed their trip to the celebrity hotspot and shared it while on their honeymoon YouTube series.

In one photo, the 40-year-old businesswoman and her new husband, also 40, posed for a snap just before setting off on a camel ride, and another showed the doting couple leaning in for a kiss in the desert.

Another showed the couple holding hands as they strolled by the hotel pool.

On the same day as their wedding, a new 13-part reality show called Paris In Love was released and documents their nuptials preparation.

Paris and Carter got engaged in February 2021 after dating for just over a year.

Their wedding took place at Barron’s sprawling estate, which had a huge wooden dance floor built outside, as well as huge flower arrangements in the shape of or the initials of Paris and Carter.

The ceremony was attended by a large number of celebrity guests, including Emma Roberts, Bebe Rexha, Ashley Benson and Paula Abdul.

They exchanged vows in front of the socialite’s family, including parents Kathy and Ricky, brother Conrad and RHOBH star aunt Kyle Richards.

The Simple Life alum wore a lace wedding dress with a high neckline and intricate embroidery.

Paris and Carter made their relationship official in April 2020, four months after they were spotted together after the Golden Globe Awards.

The couple were first seen together holding hands and kissing at the InStyle and Warner Bros. after-party. Golden Globes in January.

Paris was previously engaged to Chris Zylka but they separated in November 2018.

We pay for your stories!

Do you have a story for The US Sun team?