Thailand is set to use voluntary chemical castration for sex offenders 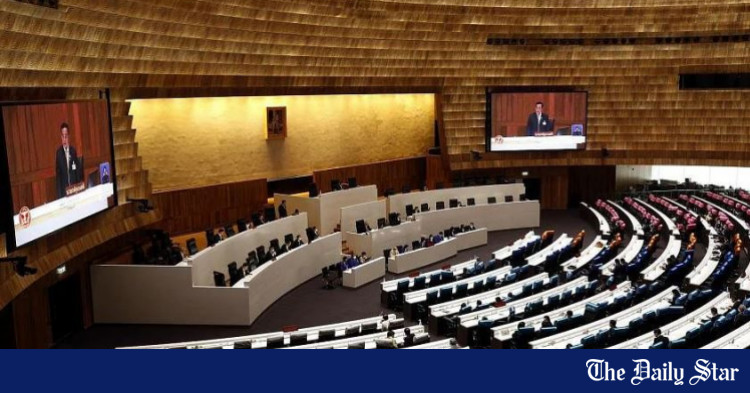 Thailand’s parliament has passed a bill that gives certain offenders the right to choose the procedure. PHOTO: EPA-EFE

Thailand’s parliament has passed a bill that gives certain offenders the right to choose the procedure. PHOTO: EPA-EFE

Thailand is set to introduce chemical castration as a means of tackling sex crimes after lawmakers approved a bill that will give some offenders the right to choose the procedure in return for a reduced prison sentence .

The bill, which the lower house passed in March, was approved late Monday (July 11) by 145 senators, with two abstentions.

It still takes another vote at home and then royal approval.

Of 16,413 convicted sex offenders released from Thai prisons between 2013 and 2020, 4,848 reoffended, according to prison department figures.

Under the bill, certain sex offenders deemed to be at risk of recidivism may be given the option of receiving injections that lower their testosterone levels, in exchange for a shorter prison sentence, provided they have the approval of two doctors.

Violators would be monitored for 10 years and would be required to wear electronic monitoring bracelets, according to the bill.

If approved, Thailand will join a small group of countries that use chemical castration, including Poland, South Korea, Russia and Estonia, as well as some US states.

“I want this law passed quickly,” Justice Minister Somsak Thepsuthin said on Tuesday. “I don’t want to see any more news about bad things happening to women,” he said.

Jaded Chouwilai, director of the Women and Men Progressive Movement Foundation, a nongovernmental organization that deals with sexual violence, among other things, said the use of chemical castration will not solve sex crimes.

“Convicts should be rehabilitated by changing their mindset in prison,” he said.

“Using punishments like execution or injected castration reinforces the idea that the offender can no longer be rehabilitated.”