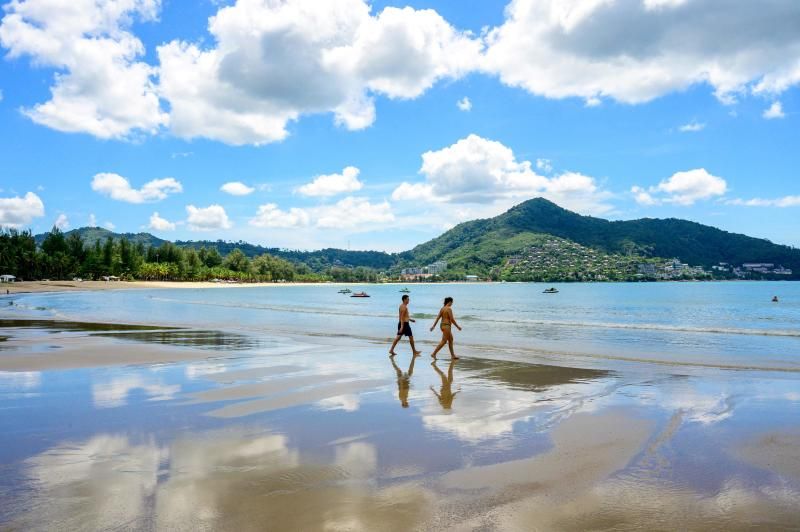 BANGKOK, March 11 (dpa): Seaplanes are quite exotic in Thailand. Post-pandemic, however, the kingdom wants to focus more on quality tourism and new attractions. Landing at sea right in front of a hotel is one of them.

Part of Thailand’s appeal as a vacation destination is its hundreds of beautiful islands. But the smaller ones in particular are difficult to reach from the mainland, often requiring multiple stopovers and ferry rides.

Since this year, Thailand has found a solution to this problem: seaplanes.

Dennis Keller, who co-founded the company Siam Seaplane in 2019, plans to ferry people to world-famous destinations in the Gulf of Thailand, using aircraft capable of taking off and landing on land and water.

They must depart from one of Bangkok’s two airports and land at Ko Tao or Ko Kood in the turquoise sea. Tourists then only need a few minutes to reach the shore by boat.

“But don’t worry: we’ll land far enough from the coast that vacationers ashore won’t be disturbed by noise,” says Keller, who handles finance and marketing as chief commercial officer.

Seaplanes, although widely used in other remote parts of the world, from the Maldives to Alaska, are not yet available in Thailand.

But Keller expects the new service to be able to operate in 2022, after delays due to the pandemic.

Later, it is planning a hub on the larger island of Phuket to expand the route network from there.

The planes make journeys of an hour and a half at most, for reasons of comfort as well as economy. So far the longest connection is from Bangkok to Ko Samui.

One of the factors hampering long journeys is that there are no onboard lavatories for up to eight passengers.

On the plus side, seaplanes fly much lower than other planes, so you have an unobstructed view, says Keller, who also has a pilot’s license. This means that the tours are part of the package. “For guests, it’s almost like traveling on a private jet.”

There will also be the option to charter the entire plane, which is cheaper for a larger group than buying individual tickets, Keller says.

He founded Siam Seaplane in October 2019 with two French aviation experts, just before the pandemic hit. “For us, it turned out to be a great opportunity in the end,” he says.

Keller, a German from Baden-Baden who studied in Utrecht and London, says the coronavirus completely collapsed Thai tourism, before it once again became one of the first long-haul destinations to open up again to international visitors.

“Government authorities saw that they had to do things differently after the pandemic, and Thailand had to distinguish itself from neighboring countries to revive tourism,” says Keller.

Going forward, Thailand wants to focus more on quality tourism rather than mass tourism, authorities say. Siam Seaplane is already an integral part of this recovery plan, according to the head of the tourism authority, Yuthasak Supasorn. – dpa