The government will fulfill its promise to add 35,000 tourist beds (minister) 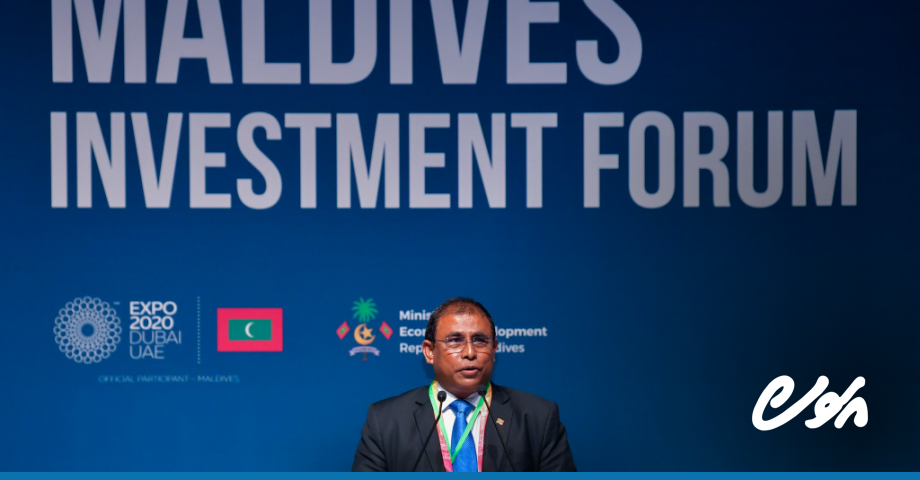 Tourism Minister Dr Abdulla Mausoom said the government would successfully fulfill President Ibrahim Mohamed Solih’s presidential pledge to increase the number of available tourist beds in the country by 35,000. He made the statement on Friday on AVAS Online’s ‘Suvaalakahfahu Suvaaleh’ talk show.

The minister said the COVID-19 pandemic has turned 2020 into a loss, bringing significant challenges in its wake. Despite these challenges, the government is confident that President Solih will successfully fulfill his promise to take the tourism industry to greater heights.

The minister said President Solih aims to add 35,000 tourist beds in five years and boost the tourism sector by introducing homestay tourism. With the introduction of the concept, the coming year will be a golden year for tourism, benefiting all Maldivians, he said.

“Although we have lost 2020, we are confident that we can add 35,000 beds over the next two years. During the month of August, last September, we were able to produce 1,000 beds. When we introduce homestay tourism, it will bring wealth to this country; the tourism sector will bring joy to the citizens of the country. This is the direction in which we are heading, ”said Mausoom.

The government announced the sale of islands and land for tourism development late last year, but only sold one island. Mausoom spoke on criticism of the government’s failure to close the deals. He assured that investors are still interested in tourism in the Maldives and reiterated that their enthusiasm has not weakened during these two years. The sales were not made not because the investments were not promoted, he added. He added that although the government can only sell one island, it has received a response and adequate proposals for the announcement.

“When we announced the sale of the islands, do you know what the circumstances were like? People couldn’t travel, interested buyers couldn’t come and survey the islands, there was no communication with the banks. That is why we lost this opportunity at the time, ”said the Minister.

As other islands were re-released, the minister said the islands were announced at an appropriate time and with adequate publicity and promotion. He expects high demand for the 18 islands put up for sale at the Dubai Expo.

Mausoom also commented on the selling price of the islands. Although some believe that bringing multiple islands to the market simultaneously is not a wise move, Mausoom disagreed and said that more islands should be brought to market, and that it is not. a problem. Recognizing that there are challenges in investing in the Maldives, Mausoom noted that the lack of an investment bank is a cause for concern. Despite this, this is no excuse not to put islands on the market, the minister said, adding that investors are very interested in the transactions.

The minister said that more resorts need to be developed to add tourist beds, which is the way for tourism development. However, the minister said the government will always maintain its “One Island, One Resort” concept, which contributes to the success of the tourism sector.

As for the price to be paid on the islands, Mausoom said it was not a small amount and that there was no loss to the state with their current prices. The income generated by the tourism sector does not depend on the sales of the island, he added. Instead, income depends on the currency that enters the country when the resorts are operated, in addition to taxes and employment opportunities. The fact that 85 resort islands remain underdeveloped is yet another reason to bring more islands to the market, he said.

“Some say Mausoom and his team are selling these islands for such a low price. We are talking about an auction here. A competitive offer. Those with the highest price win the auction. The islands will sell for a good price, ”Mausoom said.

Some claim that the price to be paid on the islands has been lowered with the intention of awarding bids to certain parties. More doubts and questions were cast on this when the list of local businessmen interested in the initial sale of the islands was revealed. However, Minister Mausoom said there would be no opportunity for such deception and that a special system had been put in place at the Tourism Ministry to avoid it. There would be no possibility of attributing the islands to specific parties through corruption, he assured.

“All interested parties will have an equal opportunity to participate in the bid, and as there will ultimately be only one winner, there will likely be a debate on the matter,” he said.

“Even before, I said that an influence could be exerted on myself as well as on the Ministry of Tourism. But this influence will only come from laws and regulations. I am not saying this fact because I am the minister. There is already a system in place [at the ministry], and under this system, regardless of whether the minister is capable or not, the tourism sector will continue to move forward in accordance with the rules and regulations. It’s not because Mausoom is the minister; that’s how it is, he said.