“The Maldives of Italy”: a guide to the paradisiacal beaches of Salento 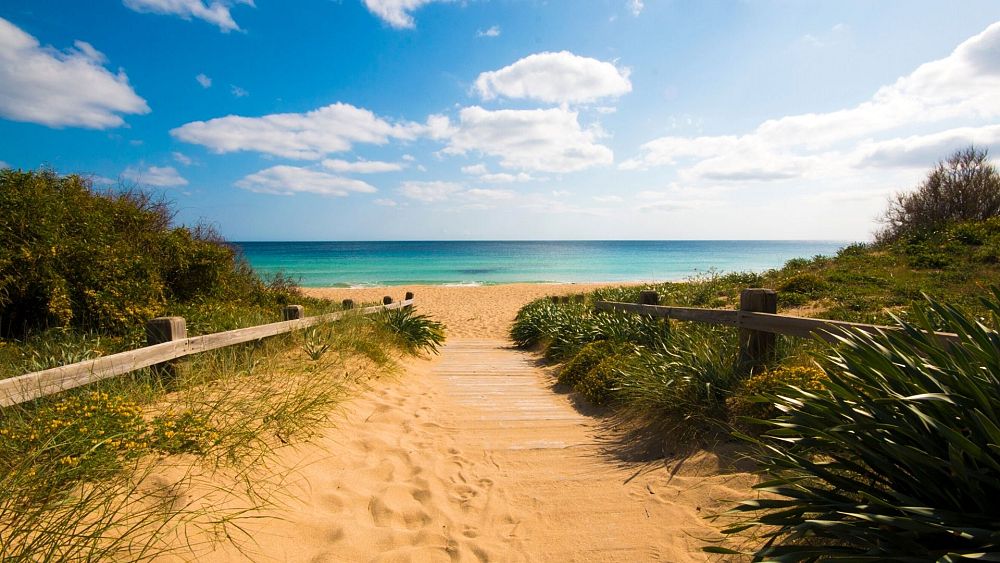 Turns out, you don’t have to go to the tropics to find sandy beaches and crystal clear waters. Salento, on the heel of Italy, has it all.

Salento has earned the nickname “Maldives of Italy” thanks to the paradisiacal landscape of its coasts. Part of the administration Puglia region, it also has a rich cultural heritage, influenced by a mixture of cultures that have marked the centuries.

It lies between the Adriatic Sea to the east and the Ionian Sea to the west. Even though it is a relatively small peninsula (100 kilometers long and 40 kilometers wide), the two coasts are very different.

The ‘Maldives’ are located on the Ionian side. Some of the most amazing places here are Punta Prosciutto (Ham Point), Pescoluse, and the Punta Pizzo and Porto Selvaggio Natural Parks, where the sea meets scrub-covered sand dunes, evergreen plants that are found in across the Mediterranean.

Porto Cesareo is part of a marine reserve perfect for snorkeling, as its seabed exhibits subtropical features and animals that are typically seen in warmer seas. The city is surrounded by natural islands, such as Isola dei Conigli (Rabbit Island), which can be reached by boat or simply by swimming.

A hot spot on the west side is Gallipoli, which is one of those places that has it all. Its historic center is an island transformed into a fortress accessible via a 500-year-old bridge, with a complex network of alleys that seem to have frozen in time.

The main attractions are the Castle, the Sant’Agata Cathedral and the Spiaggia della Purità (Purity Beach). In non-pandemic times, neighboring Baia Verde is one of the best places for nightlife in the whole country.

The two seas meet at Santa Maria di Leuca, which is one of the very ends of Italy. Because this is where West meets East, people come to the point, called Punta Ristola, to watch the sunset and sunrise.

Boat trips show how different the two sides of the coast are, as small rocks in the Ionian Sea turn into dramatic cliffs on the Adriatic. Both sides have caves, and some of them were home to Paleolithic peoples when the Mediterranean was dry land.

Archaeologists have also found inscriptions from the Greek and Roman eras, mostly from sailors asking the gods to protect them on their travels.

Behind the lighthouse there is a basilica, which was a temple to the goddess Minerva, although it is said that Saint Peter Christianized her on a pilgrimage to Rome.

There is no “Maldives” on the Adriatic side of Salento, but it is no less magnificent. The rugged coastline turns into caves and cliffs to explore by boat, snorkeling, or rock climbing. The most notable spot is Il Ciolo, a canyon overlooked by a 40-meter-high bridge that is also a platform for anyone with the courage and skills to dive.

The natural swimming pool of the Grotta della Poesia (cave of poetry), instead, allows more accessible dives of “only” five meters. Among the many caves on the eastern side, the Grotta della Zinzulusa (Zinzulusa cave) is one of the most spectacular and it even hosts a nativity scene at Christmas.

You will find that several beaches and towns in Salento are named after a tower (torre), such as Torre Lapillo, Torre Chianca, Torre Inserraglio, Torre dell’Orso, Torre Specchia Ruggeri. They were built in the 15th and 16th centuries when Salento was part of the Kingdom of Naples.

Due to its geographical location, Puglia was considered a strategic point between Eastern and Western Europe and Africa, so it had to be well defended against invasions.

Another key destination on the Adriatic side is Otranto, a whitewashed town overlooking the azure sea. The historic center is protected by the Porta di Terra, a gate dating from the Napoleonic era. The nearby towns of Castro and Santa Cesarea are also worth a visit to enjoy the ambiance of a fishing village.

Lecce and the countryside

The magic of Salento continues inland, covered with olive trees, vineyards and typical farms, called masseries. There are many towns with well-preserved historic buildings, such as Ostuni and Nardò, but the city of Lecce is the most unmissable of all.

Lecce is the largest city in Salento, home to the local university and the main museums. It is built in a Baroque style with limestone that appears pinkish under the sun.

You can find an amphitheater in its main square, which was excavated around a century ago after a local researcher discovered that the area had been erected on Roman ruins. Because they didn’t want to destroy the whole square, Piazza Sant’Oronzo, only half of the amphitheater is visible below ground level.

Among the many churches in Lecce, discover the Cathedral and the Basilica for their exquisite Baroque details.

What about the food?

The local cuisine of Salento combines pasta, fish, seafood, burrata (a type of mozzarella) and locally grown vegetables like tomatoes, eggplants and olives.

The signature dish is ciceri e tria (pasta with fried chickpeas), which is cooked all year round despite its wintery taste. The typical lunch on the go is puccia, a flatbread usually filled with local cheese, cold cuts, and vegetables. For dessert (or breakfast!), Try the pasticciotto, a pastry filled with egg cream and carosello ice cream, a fruit that vaguely tastes like cucumber.

Salento is famous for its wind, but it is very hot, so it is best to avoid the months of July and August, when it is the busiest. It is one of the trendiest neighborhoods in Italy having been ‘discovered’ by mass tourism over the past decade.

Once you visit you will understand why.