The old routine of excuses 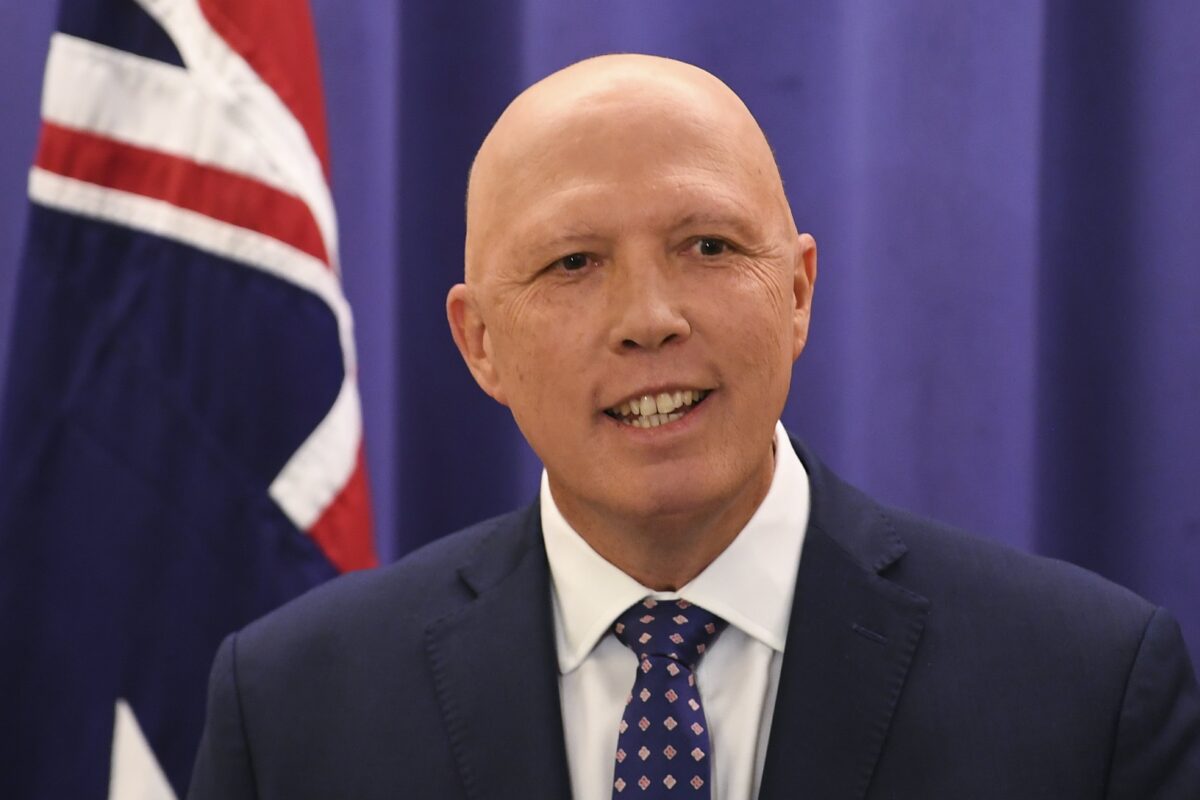 So Peter Dutton kicks off his new career as Australian opposition leader with a few apologies. First of all, it’s not a good start.

One thing I’ve learned as a teacher is that apologies are rarely spontaneous (“I’m sorry I got caught” is what they really mean), and something I’ve discovered lately years, as the Woke cultural epidemic spreads, is that excuses are never accepted. If you apologize, you are admitting some kind of wrongdoing that is never forgiven and will continue to be weaponized against you.

I’m not saying we shouldn’t feel sorry for our mistakes and duly admit them to those we may have hurt, but these days we don’t expect pity in politics. You can be sure that this same trick will be used against Dutton in the next election, if he keeps his distance.

Let’s look at these excuses.

The first was related to his joke about the rising waters “lapping at our feet”. Young people today are afraid of catastrophic climate change, and people who are afraid usually suffer from a pretty drastic reduction in their sense of humor.

Most of us can laugh at the occasional dark joke (think of all that self-deprecation that Jews do so well: “God, couldn’t you find other elected people to change?”), but the reality is that many can no longer laugh. Young people today have been seriously frightened by talking about existential threats.

You can’t blame them for being scared. But you can blame those who contributed to the terror and ignored or censored more moderate advice.

OK, so let’s accept that he offended. Should he apologize? Humor is a subtle thing, an exclusively human trait that arises from the contrast between reality and appearance. It thrives on abnormality and absurdity, the proud man slipping on a banana peel, or the soldier in the trenches mocking his foolish officers.

Humor is not something to be ashamed of, as it helps ease the stresses of life. Animals don’t really know how to laugh. If humans don’t believe in objective reality, they’re also no laughing matter.

Don’t play the excuse game, Mr Dutton: be a man, admit you thought it was funny, tell us why. Having done that, you can, of course, use the word “sorry” if you’ve caused some kind of offence, but a formal retraction won’t do you or anyone else any good.

For example, I haven’t been able to find out if there’s any truth to the story that environmental activist Tim Flannery bought himself a beachfront house in Bilgola, but if it’s True, that would indeed be funny! What I can easily discover, however, like anyone who uses Google, is that beachfront land does more than hold its value in every real estate market in the world, and those who can afford to buy it don’t show no apparent hesitation. It is still considered a rock solid investment.

Incidentally, the territory of the Maldives has actually increased in recent years (this information is available on their own government website). Are they recovering land from the sea or have they just built on another floor?

I am no doubt being irresponsibly flippant and should apologize, but I will not: today’s young people are seriously scared, but many who should lead and counsel them wisely reveal in the conduct of their lives a deep hypocrisy.

Follow the money: Several of the Pacific nations are hammering Australians for our climate change irresponsibility, but they are currying favor with China. If you really care about rising CO2 emissions, wouldn’t you first direct your anger at the major emitters?

Dutton’s second apology was for “Sorry Day”. This is probably a more difficult question to manage, as there are raw emotions in the very diverse Aboriginal community. No one, but no one, questions the fact that Aboriginal tribes had their lands taken from them by early European settlers, and that this process was relatively quick and often extremely cruel.

But this is where the ignorance of history (an ignorance that deepens every year in Australian schools and universities) has dire consequences. Those with little or no history are blind to the sad truth that no human race has clean hands. Stealing other people’s land, enslaving people and accumulating wealth at the expense of the poor have been universal human practices since time immemorial.

It is a common affectation to claim that all human beings are fundamentally good, but that they are subject to the corruption of “systems”. It’s an easy escape.

There are so many possible scapegoats: capitalism, communism, Christianity, Islam have all been accused of corrupting the minds of their adherents and inciting them to commit terrible acts foreign to their so-called true nature . It’s a convenient lie. It makes us feel better about ourselves. This allows us to put all the blame on the shoulders of others.

We can buy electric cars, save whales, turn off our air conditioners, avoid unnecessary travel (though I note that attending climate conferences doesn’t seem to count), go to gyms, restrict our plant-based food (of course not for our dogs and cats), practice transcendental meditation and join the Greens. We respect our commitments. We have freed ourselves from the corrupting influence of conservative ideas. We are inclusive!

Read the literature and study the language behind the “Sorry Day” phenomenon. Those of us crossing the Sydney Harbor Bridge in the tens of thousands are not really apologizing for our own personal actions, but for the actions of our tribe. We are ashamed of being “white”, or of being European.

By identifying with the oppressed and distancing ourselves from the actions of previous generations whose life stories we can’t even understand, we feel good about ourselves and affirm our own virtue.

For my part, I am deeply distressed by the crushing situation of what has happened to indigenous peoples in Australia, but not sorry.

Because sorry has become an empty word, a sort of tool of good manners, which does not adequately describe the reality of the loss.

David Daintree is director of the Christopher Dawson Center for Cultural Studies in Tasmania, Australia. He has a background in classical letters and teaches late and medieval Latin. Daintree has been a visiting professor at the universities of Siena and Venice and a visiting researcher at the University of Manitoba. He was President of Campion College from 2008 to 2012. In 2017 he was made a Member of the Order of Australia in the Queen’s Birthday Honors List.