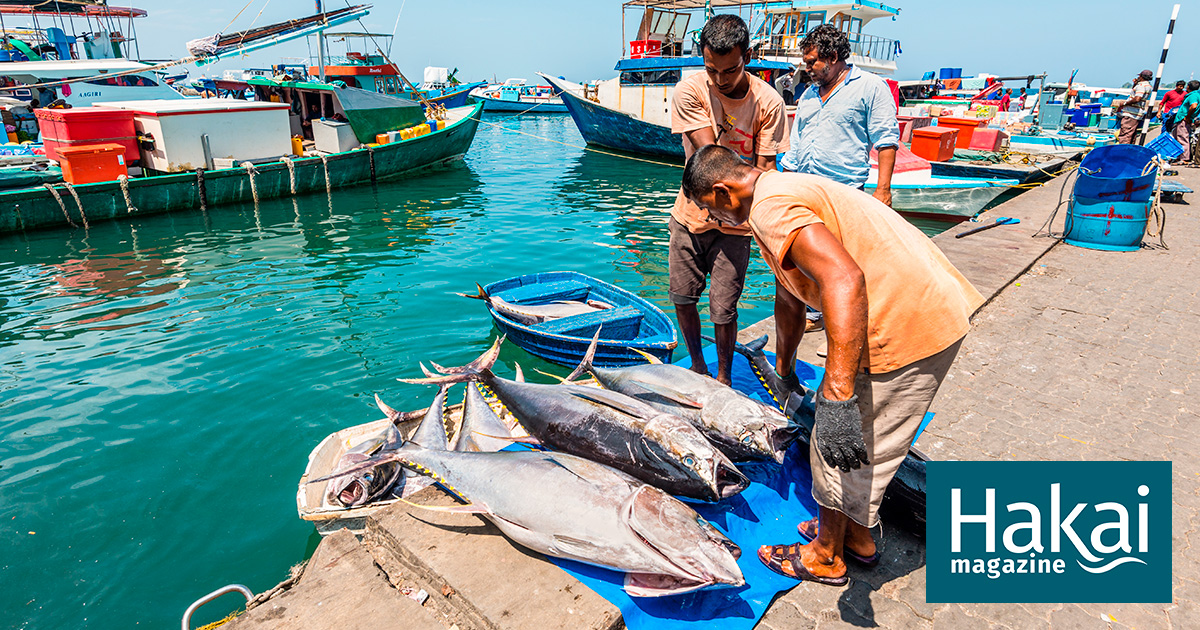 The COVID-19 pandemic has wreaked havoc on the global fishing industry. Lockdowns, travel restrictions and disruptions to supply chains have all conspired to lower demand for fresh fish in markets and restaurants, while simultaneously driving up demand for frozen and processed products. Faced with these changing demands, fishermen have struggled to keep pace.

However, the adaptive capacity of the fishermen was uneven and, according to a report from Future of Fisha non-profit organization focused on eliminating overfishing, which has transformed the fishing industry in significant ways.

The report highlights several key trends in how COVID-19 has changed the industry. These include seeing fishers diversify their target species, markets and sales channels; investing in “buffers” such as financial savings and new equipment to build resilience; adopt new high-tech production and marketing methods; and increasingly focusing on local and national markets. But while large and small-scale fishers made similar changes, larger industrial fleets, the report said, were often better placed to take advantage of the situation. With many small-scale fishing communities unable to compete, they have lost ground to their larger competitors.

“Things that harm small-scale fishers in normal times are also what put them at a disadvantage in an emergency,” says Stephanie Stinson, communications manager for Future of Fish. The more informal status of small-scale fishers, who may not be registered businesses, for example, has often excluded them from government emergency aid that could have helped them shift to more resilient business models.

With more than three billion people depending on fish as their main source of protein, especially in many least developed countries, it is important to maintain and protect small-scale fisheries as a source of food security and livelihoods. sustenance, says Stinson.

“The loss of small-scale fishers would create and exacerbate serious food security and livelihood issues for coastal communities around the world,” she says. “Letting small-scale fishermen be absorbed by the efforts of industrial fleets cannot be an option.”

The Maldivian tuna fishery is just one example of this development. There, small-scale tuna fishermen who typically depend on air freight to export fresh fish were cut off from their main markets when air transport was suspended at the start of the pandemic. They were unable to compete with industrial fleets that could freeze, store and later ship produce to overseas markets.

The closure of restaurants and fish markets has also disproportionately affected small-scale fishers, the report says. Many artisanal fishermen have built their businesses on offering high quality, local and responsibly sourced fish, qualities that chefs have rewarded. However, here too, the major operators have strengthened their territory. In the Chilean hake fishery, for example, industrial fleets previously exported most of their frozen products. Since the start of the pandemic, however, they have increased their sales in local retail and outdoor markets, the main markets for artisanal fishermen. Once these markets are lost, it can be difficult for artisanal fishers to regain a foothold.

However, some smaller producers have managed to adapt to the new reality, and many of them have turned to selling their products online via Facebook and Instagram, Stinson says. Fish Tiangge, an online marketplace in the Philippines, connects around 6,000 fishermen to 300,000 households through its Facebook page, with deliveries made by local pedicab drivers. The project is supported by the United States Agency for International Development, but receives little other funding.

“Imagine how much business these anglers could have done if they had been equipped with a greater suite of digital tools and training, for example, to build more of a digital brand or to accept digital payment,” says Stinson. .

Jessica Gephart, an environmental scientist at the American University in Washington, DC, who was not involved in the report, says local small-scale fishing is an important part of a diverse food supply chain that , with larger industrial fleets, can absorb and cope with local and international disruptions. However, small-scale fishers can often be overwhelmed by large corporations, she says, while being at a disadvantage when it comes to securing relief funds during an emergency like the pandemic. Governments therefore need to consider how they can help support and maintain these local suppliers, she says.

“If we value these local producers for cultural reasons or in an effort to build a more resilient system, then we may need to invest to level the playing field,” says Gephart.