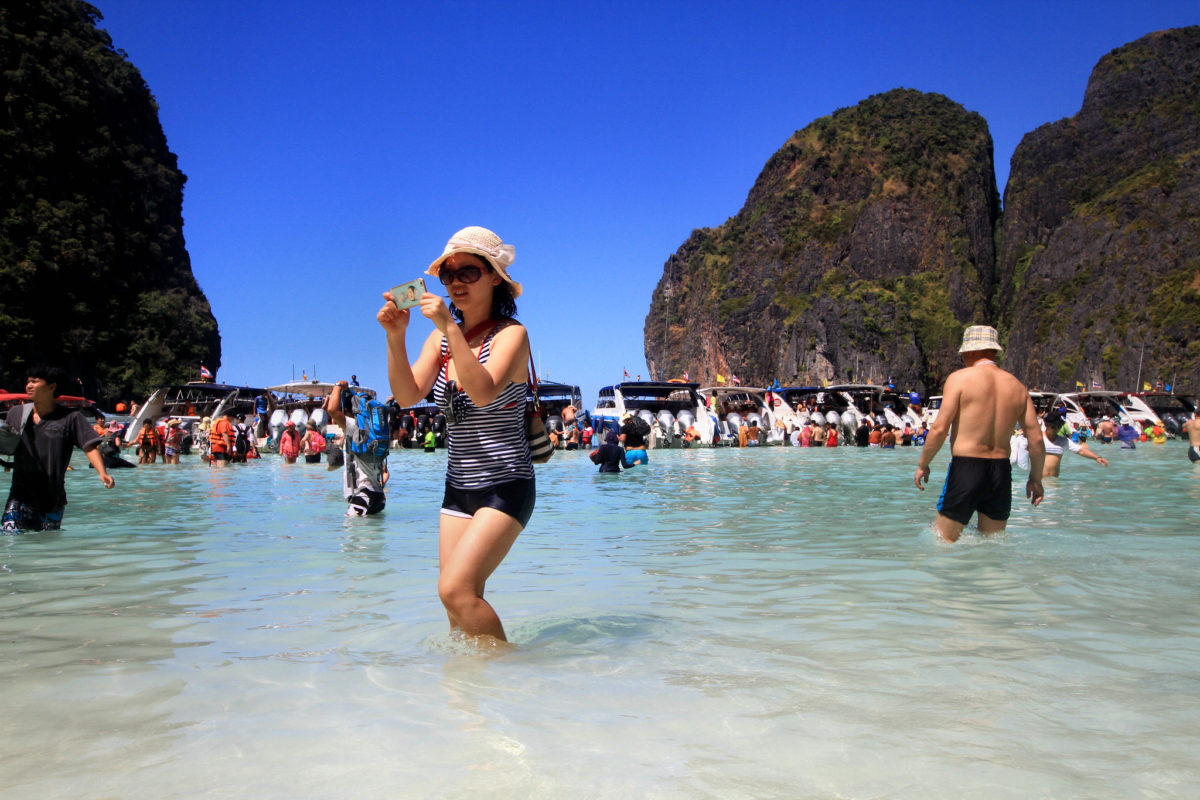 Tourism is a major economic driver in many Southeast Asian countries: in 2019, it contributed US$393 billion to the region’s GDP. But the Covid-19 pandemic and border closures had dire consequences for the millions of people who made their living in the industry. These enforced respites, however, have highlighted the effects of overtourism, after rapid growth over the past decade.

While tourism has long been an attraction for the region, the 2010s have seen a remarkable increase in the number of visitors from all corners of the globe.

According to ASEAN Data, 81.2 million people visited Southeast Asia in 2011, a figure that nearly doubled to more than 143 million in 2019. Over the same period, visitors from the United States shrank nearly doubled to 4.8 million, while visitors from the UK and France increased by around half. in 2011, to 3.1 million and 2 million respectively. The biggest increases came from South Korea, whose visitors nearly tripled to 10.5 million, and most notably from China, whose 32.3 million visitors were more than four times the 7.3 million recorded in 2011. Thailand welcomed 11 million Chinese tourists in 2019, six times more than in 2011. 2011, when China was also the main country of origin of visitors from Cambodia and Bali in Indonesia.

Many of Southeast Asia’s most popular destinations are environmentally sensitive, including its famous beaches, resorts and mountains. While efforts to attract more tourists have been encouraged under economic development plans, local communities have mostly lacked the infrastructure to handle ever-increasing numbers of tourists. The result: environmental degradation, in some cases so severe that they have shut down popular destinations in Thailand and the Philippines. A temporary closure has also been took into consideration for the Indonesian island of Komodo, home to the world’s largest lizard, although it was ultimately canceled in favor of more targeted measures.

To better understand the challenge of balancing the need for positive economic benefits from tourism with its often negative environmental impacts, China Dialogue spoke with Megan Epler Wood. Currently the Executive Director of the Sustainable Tourism Asset Management Program at Cornell University, Epler Wood has spent her career creating tools, policies, and educational resources for sustainable tourism development. She has worked in over 30 countries, including several in Southeast Asia.

China Dialogue: You have stated in your work that a “freakish growth mode” “crushes local resources and degrades vital assets”. Can you give examples? Do any places in Southeast Asia come to mind?

Megan Epler Wood: Southeast Asia has given us, I would say, some of the starkest cases of what can happen without planning.

In terms of classic examples, there are Mayan Bay in Thailand, and Boracay Island in the Philippines. Boracay was clearly overwhelmed by the large number of tourists and the densely packed structures lining the four-kilometre stretch of beach, which accommodated 6,859 people per square kilometer. That’s more than the density of Angeles City, the third most urbanized city in the Philippines. During the peak months, they saw daily arrivals of more than 7,000 people. There were 2,600 hotel establishments, of which 32% discharged sewage into the sea. Only 4% had a sewage discharge permit. An emergency was therefore declared and the beach was closed.

The closure affected over 100,000 people, who, for at least a temporary period, lost their jobs. So there was a lot of concern and the larger resort companies were quite upset when the island was closed.

Before the pandemic, overtourism was the big problem in Southeast Asia. Obviously that has changed. What are we talking about in the sustainable tourism space right now?

I think the focus right now is on how we can learn from the past and develop strategies that will allow our destinations to be more sustainable after the pandemic. Some of the work we have done with the Pacific Asia Travel Association [a non-profit based in Thailand], at the time the pandemic began, reviewed how local leaders across Southeast Asia, as well as South Asia and the Pacific, viewed these issues. I would say there was universal agreement among those present…that they wanted to revise the policies.

Are there ways to avoid the worst environmental and ecological impacts of tourism? Can access to finance help?

The question for Southeast Asia is how to prevent shutdowns like Boracay, and how to act in time – how to invest before this sort of thing happens. It’s not just a simple question. A lot of people think, “Oh, well, just limit the number of people going to one place.” It’s a very difficult proposition, unless it’s in a very remote area, like Maya Bay. They shut down this site and according to reports things are going pretty well. But Maya Bay is not inhabited: it’s just an island where people go out for the day. When you get to a case like Boracay, or one of these major coastal tourism development regions – which are also vulnerable to sea level rise – many people who work in these places are at risk.

It’s no longer just about sustainability, it’s about being resilient. There is a need for concessional financing [loans offered below market rate to stimulate development investment]. This is a gigantic global trend and a growing area of ​​finance. It helps secure private finance by bringing public finance to the table. In the case of climate risk for regions of countries, we are mainly talking about multilateral or bilateral investments to bring private money to the table, to reduce the risk.

A very good case study is in the Maldives. They are, of course, also exposed to significant climate risk, as one of the lowest archipelagos in the world. In their case, there was no waste management system and all their waste went to an island called Tila Fushi. It became so toxic that the waste entered the watershed and its vapors reached the airport. Thus, in 2018, the Asian Development Bank invested $75 million for a $150 million project, investing in a waste-to-energy plant in Tila Fushi. They will have to do more than that, but this is a good example of how other parts of Southeast Asia and coastal Asia can start thinking about protecting themselves. Because if you add tourism to the lack of sanitary infrastructure, you get Boracay.

You described the situation as “a race to the bottom” due to “the rapid increase in tourism in the short term”. How can environmentally sensitive and tourism-dependent destinations in Southeast Asia better manage tourism in the future?

I would ask destination managers and government departments across Southeast Asia to consider reviewing their management frameworks and how they will ensure sustainability for the future of their region.

My goal now is to help decision-makers around the world understand sustainable destination management. At Cornell, through eCornell, we will launch an online course available worldwide with the support of GIZ, the German Agency for International Cooperation. I think we need to help retrain people first, because existing destination marketing organizations, even in Thailand, themselves are realizing that they are not qualified to handle this. We’ve met so many players that we think are ready to make the transition to more sustainable destination management, but they don’t have the staff.

Around the world, sustainable tourism has never really been required in the tourism education curriculum, and we believe this is at the root of the problem. There is absolutely no connection between the type of carbon footprint of tourism and national carbon reduction policies. The idea is to help destination managers structure projects so they can understand what their carbon footprint is, use carbon accounting and link it to national policies – even become eligible for climate finance. We are excited to work with government departments and destination management organizations in Southeast Asia and around the world to set up staffing and planning.

A Chinese translation of this article will be available soon.