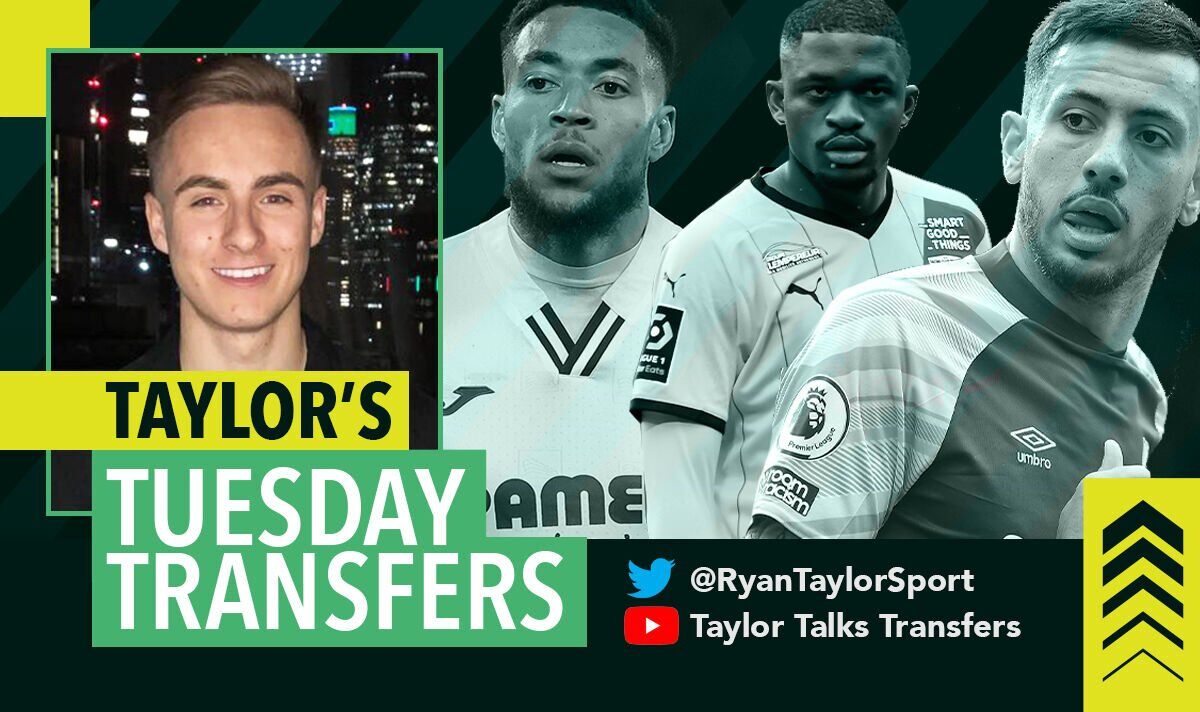 Hello and welcome to Taylor’s Tuesday Transfers. It was yet another manic week on the market, but there was plenty of progress from Premier League clubs including Arsenal, Crystal Palace and Fulham. So without further ado, let’s jump in…

Gabriel Jesus is set to undergo his medical at Arsenal today as he puts the finishing touches on his £45million move from Manchester City.

The Gunners finally made the breakthrough for the Brazilian on Friday night before agreeing a personal deal with Jesus and his representatives on Sunday.

He is believed to have arrived in London on Monday ahead of his proposed move to Emirates Stadium.

Jesus will sign a four-year contract with Arsenal and is expected to lead the line for Mikel Arteta’s side next season.

Gabriel Jesus is set to undergo his medical at Arsenal today (Image: GETTY)

The Eagles have been chasing the 22-year-old since the end of the Premier League season after he tabled an opening bid of around £15m.

Lens were unwilling to oblige to that figure and Palace were told they had to increase their offer in order to secure a deal on the line. That’s exactly what they’ve done in recent days following further negotiations between the two clubs.

Patrick Vieira’s side have tabled a bid worth £18m with an additional £5m in addition and there is a feeling Lens are ready to accept, although the two clubs have yet to shook hands on a deal.

With Doucoure considering a move to the Premier League, personal terms shouldn’t be a problem.

The Ligue 1 club also fear there is strong interest from elsewhere in fellow central midfielder Seko Fofana. They don’t want to lose either player but Doucoure is now heading for the exit door.

Talks are expected to continue in the coming days, with Palace now close to securing their man after a breakthrough in negotiations.

Goalkeeper Sam Johnstone is on vacation and will be officially confirmed as a Palace player on July 1 when his contract with West Bromwich Albion expires.

West Ham are interested in a move for Villarreal winger Arnaut Danjuma and the Yellow Submarine would ideally sell the winger this summer after failing to qualify for the Champions League or Europa League.

Sources have confirmed to Express Sport that the Hammers are weighing in on the Dutchman, although there’s nothing concrete on their interest yet.

Danjuma left Bournemouth for La Liga last summer for £21.3m and he was one of the biggest successes of the season in Spain, where he scored 16 times in all competitions – including six goals in the Champions League.

Express Sport understands the 25-year-old has a release clause worth around £38m (€45m) and it could prove to be a bargain for the Hammers, although they want to negotiate a deal at a cheaper price.

He is also happy in Spain and won’t ‘get up and go’ unless the sporting project is 100 per cent correct. Manchester United and Newcastle are among those who saw him in action for Villarreal last season.

Any move could potentially hinge on the future of Said Benrahma, who West Ham are reportedly considering offers for this summer.

McNeil and Cornet should leave

Although there hasn’t been much talk about the future of Dwight McNeil and Maxwel Cornet, both players are expected to leave Burnley this summer.

The wide attacking duo, who failed to keep the Clarets in the top flight last season, could potentially be up for grabs on the cheap as Vincent Kompany continues to redesign Burnley’s squad.

Nick Pope joined Newcastle last week on a cut-price £10-12m transfer and Turf Moor chiefs are keen to offload some of the club’s highest earners to protect their finances.

To date, there have been no takers for McNeil or Cornet, but their departures should materialize in the coming months. They are unlikely to play football in the league.

His Burnley contract is said to contain a relegation clause worth around £17.5m.

Meanwhile, Besiktas are now close to finalizing a loan deal to sign striker Wout Weghorst with Burnley insisting on a permanent clause in the deal.

Fulham are set to complete the signing of Joao Palhinha from Sporting this week in a £15m deal.

The midfielder looked set to join Wolves, who held negotiations with the Portuguese club towards the end of May before the Cottagers swooped in to pounce.

They saw an offer accepted by Sporting more than a week ago, but the player is on holiday in the Maldives.

He is now expected in London, where he will undergo a medical examination before signing his contract at Craven Cottage.

Marco Silva was key in Fulham’s pursuit of the defensive midfielder, who Wolves were seemingly set to lose.