“Travel in the event of a pandemic”: the sun in my backpack 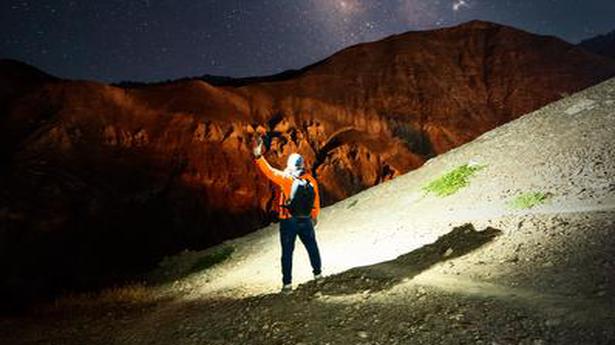 While traveling in my garden, I rediscovered waterfalls, fresh fruits, the moons of Jupiter, loneliness

As privileged as it may seem, the pandemic “trapped” me in the mountains; I was at home, like everyone else, only with fresher air. I took it in my stride for quite a long time until the travel itch resurfaced, which I desperately tried to drown in the routine.

While everyone I knew was experimenting with new recipes and hoping to turn a new leaf, I didn’t go through a cooking phase; my relationship with cooking only got worse. I’m ashamed to say that I didn’t choose new hobbies either. I tried the shuffle dance once, if that counts. In the privacy of my room where I could make a fool of myself, my legs turned to jelly as I was defeated on the floor and I came to terms with the fact that my body’s high speed coordination was below average. . I moved on. That is, I returned to my comfort zone of books and movies.

The announcement of the easing of restrictions released the longest breath I had been holding in me, and I scrambled to find all the bits and pieces I could get my hands on, if not my feet. Starting from walks in my hometown of Nainital and marveling at the calm, clean and beautiful walks that this commercial cesspool had to offer without humanity, to the retracing hikes I had taken as a child (including one that I had never done despite my childhood there), my first taste of the ‘pandemic journey’ was to explore this tourist town as a local. Like many of us who have traveled for jobs and chosen a place to be and explore, slow travel has taken on a whole new meaning. I reluctantly changed my travel motto from the grass is green on the other side to the grass is green where you water it, and started exploring my garden, Kumaon, like never before.

From small villages that were just road signs to me as I passed them on my way to farther and better places, to detours to undefinable places, I took the road less traveled. I found birds, loneliness and a hidden billabong upstream from the village of Chaanfi where my mother remembered eating the sweetest potatoes on a school picnic. I discovered a waterfall and reunion joy near Bhalugarh where I went with my father to meet his neighbors from over 40 years ago when he was posted there as a young government forestry official. I ate a delicious millet halwa at a host family in Parvada, which I had bypassed a million times on my way to Mukteshwar.

I skipped the wildlife safaris in Corbett National Park, closed for over a year, and watched Jupiter’s moons stuck above its jungles instead, through a private telescope. I picked citrus malts from the trees in the villages of their birthplace and tasted them like it was the first time, now that they were no longer carried to grocery stores. I befriended a “working” journalist from Bihar and a couple from South India, without having to travel far. Hell, I even indulged in a stay for the first time, relaxing in an iconic Nainital hotel where I had previously only attended wedding cocktails.

For over a year, I waited to get clearances for a high altitude trek. When I finally accepted that the pandemic was not near its end, I set out with my guide on an uncharted route that did not require an official permit. For the first time in the history of my outdoor trips, I didn’t meet anyone for days. The only footprints in the snow were those of pheasants and predators. A snowstorm, lots of shooting stars and a beautiful sunset over a glacial lake later I made it home when technically I had never been gone. Humiliated by sites that I would never have “deigned” to explore in normal times, I am no longer bothered by Instagram posts from people on vacation in the Maldives. Winters have hit the mountains hard and I would love for some sunshine at the end of the year, but I can’t say anymore that’s because I haven’t traveled for a long time.

Born and raised in the Himalayas, the author writes about culture, ecology, sustainability and everything mountain related.