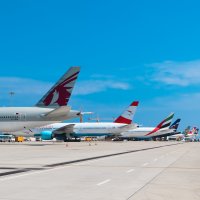 February 20, 2022 – Despite the devastating effects of the pandemic in 2020, the aviation sector continues to recover. Efforts are being made by the industry, show optimistic growth in 2021. It looked a lot like Velana International Airport (VIA); Your gateway to the sunny Maldives.

The number of international passengers carried by VIA last year was 2.87 million. For comparison, there were a total of 4.05 million passengers handled in 2019. That’s an astonishing 71% recovery. According to reliable sources, this is the highest international recovery rate in the Asia-Pacific region.

At least 93% of VIA’s air traffic movements (ATM) were recovered last year. A total of 25,628 international ATMs have been registered. Last year Via, VIA served 26 countries and 41 destinations from 19 countries in 2019.

Last year, VIA recovered at least 93% of its air traffic movements (ATMs) as in 2019. A total of 25,628 international ATMs were registered last year. From 19 countries in 2019, VIA managed to serve 26 countries and 41 destinations last year. This is a 37% increase over the number of countries served by VIA in 2019. As well as a 95% recovery on destination compared to 2019. In addition, a total of 36 airlines operated to VIA, i.e. a 100% recovery. based on 2019 figures. These achievements have led to Velana International Airport being recognized as the 4th largest international airport in Asia-Pacific in terms of passenger handling.

Given the Maldives’ reliance on imported goods, VIA has also shown a promising recovery in air cargo. Compared to the previous year, data for 2021 reveals that overall imports have recovered by 54% with a total of 29,645 metric tons of goods.

The Maldives is recognized as one of the fastest recovering economies since the outbreak due to the efforts it has made to restore its tourism industry. The Maldives won the award for the best destination in the world in 2020 and 2021 thanks to a multi-stakeholder effort to recover and promote the Maldives as a safe destination.

During the COVID-19 pandemic, Velana International Airport (VIA) has maintained its high standards for passenger and staff safety. As a result, in September 2020, VIA received the ACI Health accreditation certificate as the 2nd airport in Asia-Pacific and in February 2021, VIA received the ACI Voice of the Customer recognition award.