Will airlines from the United Arab Emirates or the Gulf play a role in the upcoming privatization of Sri Lanka? – Economic news 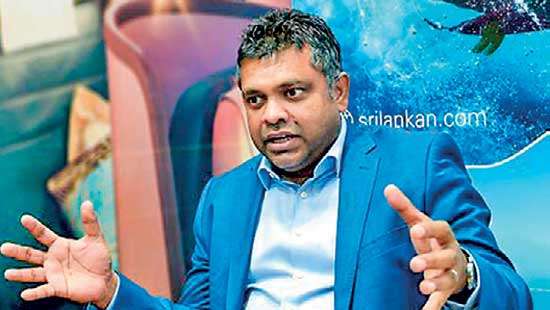 GULF NEWS: Talks over a possible privatization of Sri Lanka’s flagship carrier – and the proceeds that will go to the cash-strapped government from its sale – are making the rounds again.

The Emirates Group ran the carrier for years until the contract ended just after the outbreak of the 2008-09 global financial crisis.

For now, Sri Lanka faces another crisis. The country is facing its worst economic crisis since independence with severe food and fuel shortages. The state carrier drew public criticism in April when it announced a plan to lease nearly two dozen planes to replace planes whose leases expire in December 2022.

The airline is operating at just over 70% of its pre-pandemic capacity, thanks to a new strategy that makes Sri Lanka less dependent on direct inbound traffic, according to head of global sales and distribution Dimuthu Tennakoon .

“Nowadays we carry a lot of ‘sixth freedom’ traffic and passengers travel to India and the Maldives via Sri Lanka – there is no risk when they transit,” Tennakoon said.

“I am sure this period will also pass and Sri Lanka will soon start having international passengers.”
(The sixth freedom relates to travel rights to fly from one foreign country to another while stopping in one’s own country for non-technical reasons.)

The airline, which has received offers from aircraft leasing companies, said it has suspended the process for the time being.
“It was advertised to just check the pulse of the market – we talked to the owner and delayed it for three months,” Tennakoon said.

“I’m sure we should be able to replace planes before they leave the fleet.”
Tennakoon said the Middle East’s share of the airline’s revenue had risen from 20-25% to 30%. Overall, the airline’s financial fortunes have rebounded considerably, with Sri Lanka announcing its first profitable fourth quarter since 2006 in April.

“We expect headwinds in the first half of this fiscal year with high fuel prices and a near-term decline in demand in Sri Lanka,” SriLankan Airlines acting CEO Richard Nuttall said in a statement.

“We have considered these challenges and are working to minimize the impact with a solid business plan and a solid turnaround strategy to return to full-year profitability. Traffic is expected to fully resume by the end of the year, with travel restrictions being further relaxed.”

Fuel prices, which account for around 30-40% of an airline’s operating costs, have risen in recent months due to the Russian-Ukrainian conflict. This will affect all airlines, especially those from countries dependent on oil imports in Asia and Europe.

Sri Lanka manages to offset the price impact with high note yields. Passengers who had postponed or reduced their flights due to travel restrictions are re-planning their journeys, which has resulted in airfares 25% higher than normal levels in some parts of the world.

“The cost of fuel is the highest cost for every airline, but at the moment we are still managing it – hopefully prices will stabilize soon,” Tennakoon said.

As protests rage in parts of the country, Sri Lanka’s tourist spots are largely spared, Tennakoon said. The tourism sector contributes 12% to Sri Lanka’s GDP and is the country’s fifth largest source of foreign income.

“If you look at the resorts or hotels where tourists stay, there’s no problem – the (Sri Lankan) people also understand that tourism is very important to the country,” Tennakoon said.