Yameen: CDM is most autocratic, interferes in judiciary 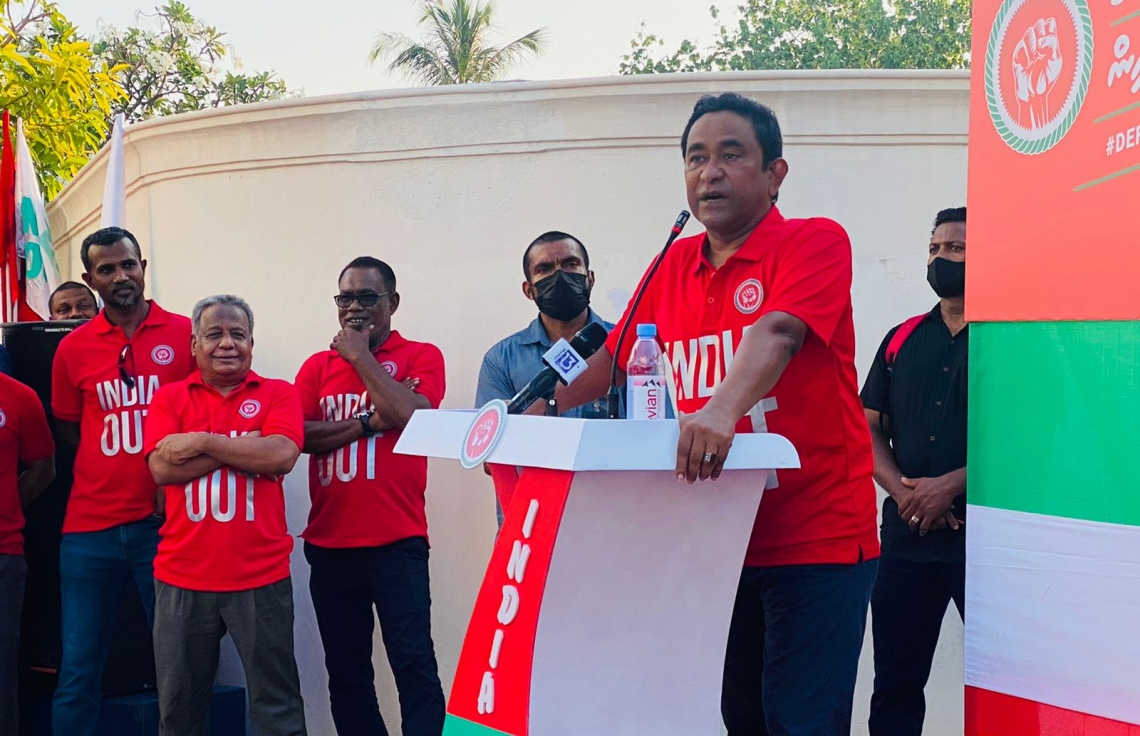 Opposition leader former President Abdulla Yameen said the MDP is the most autocratic party in the Maldives to have ruled the country twice.

Yameen arrived at Lhaviyani Atoll Kurendhoo yesterday afternoon for the ‘India Out’ campaign led by the PPM-PNC coalition. He said that the first CDM regime also interfered with the judiciary and the current regime is seen as interfering and breaking the laws of the judiciary more than any other government.

He said that whenever the MDP governed, the powers granted to the people by law were denied.

Yameen accused the MDP of trying to undermine the country’s independence, allowing religions other than Islam and granting freedom without any rules or regulations. He said it goes against the beliefs of the Maldivians and that the laws and policies established with the participation of the people are well known.

“The first time President Nasheed came to power, he intervened in the justice system. Since then, we’ve seen the same thing happen in a more obvious and overt way,” Yameen said.

Yameen said that although the government has three branches, the judiciary; the third branch is responsible for preventing violations by the first two; the president and the majlis of the people. The judges who are responsible for doing this must be familiar with the MDP diagrams.

“The judiciary is the strongest power of the people, or the power on which people mainly depend, and it has the power to uphold Islamic laws in the country and prevent the violation of the principles by the other two political branches” , Yameen said.

Accusing the MDP of trying to interfere with the justice system, Yameen said one of the clearest signs of this is that the MDP clearly does not believe in or adhere to policies.

“[MDP] uses the magic of words to come to power and after that they abolish regulations and use autocracy to rule the country every time,” Yameen said.

Yameen also traveled to Naifaru after the kurendhoo in a campaign against the Indian military presence in the Maldives.